What is the length of X in the diagram below?

The aim of this question is to find the length of a side of a triangle that is similar to another triangle whose lengths of the sides are given.

This question depends on the concepts of triangle geometry. Two triangles are said to be similar if one of the following criteria is met between those two triangles.

Figure 1 shows the diagram of the triangles. 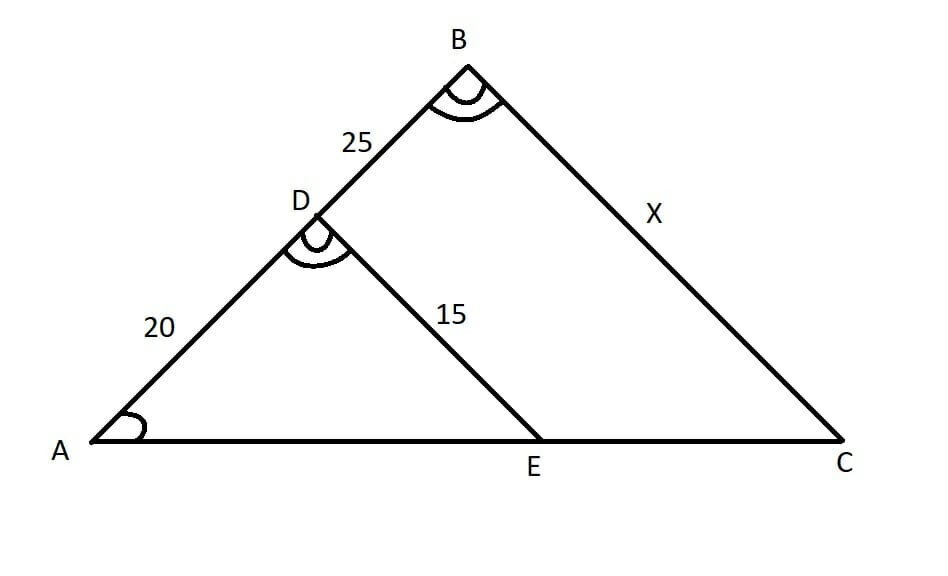 The given information for this question is given as follows:

The side BC needs to be determined using similar triangles.

Observing the diagram, we can evaluate that the corresponding sides DE and BC are proportional to each other.

There is a common angle between two triangles, which is given as:

There are two angles that are congruent to each other as they have a common line and other lines are parallel. The angles are given as:

Using the similar triangles rule of having two pairs of angles of two triangles as equal, the triangles will be similar to each other. We can use the proportional relationship of both triangles to calculate the side length as:

Rearranging the equation for X, we get:

The side length of the triangle is calculated to be:

Find the missing length marked as X of the triangle given below. 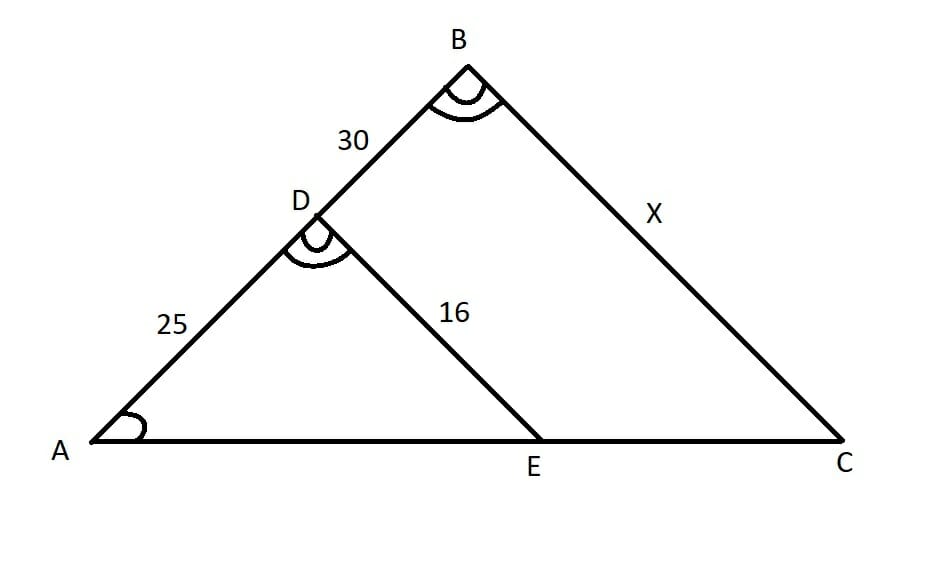 The given information about this question is given as follows:

The triangles have two pairs of corresponding angles equal to each other. So, we can apply the similar triangles rule to calculate the side of the triangle.

Using the similar triangles rule to calculate the side length using the corresponding sides as proportionally equal to each other.

Rearranging the equation for X, we get:

Images/Mathematical Drawings are created with Geogebra.