Which of the following is not a requirement of the binomial probability distribution? 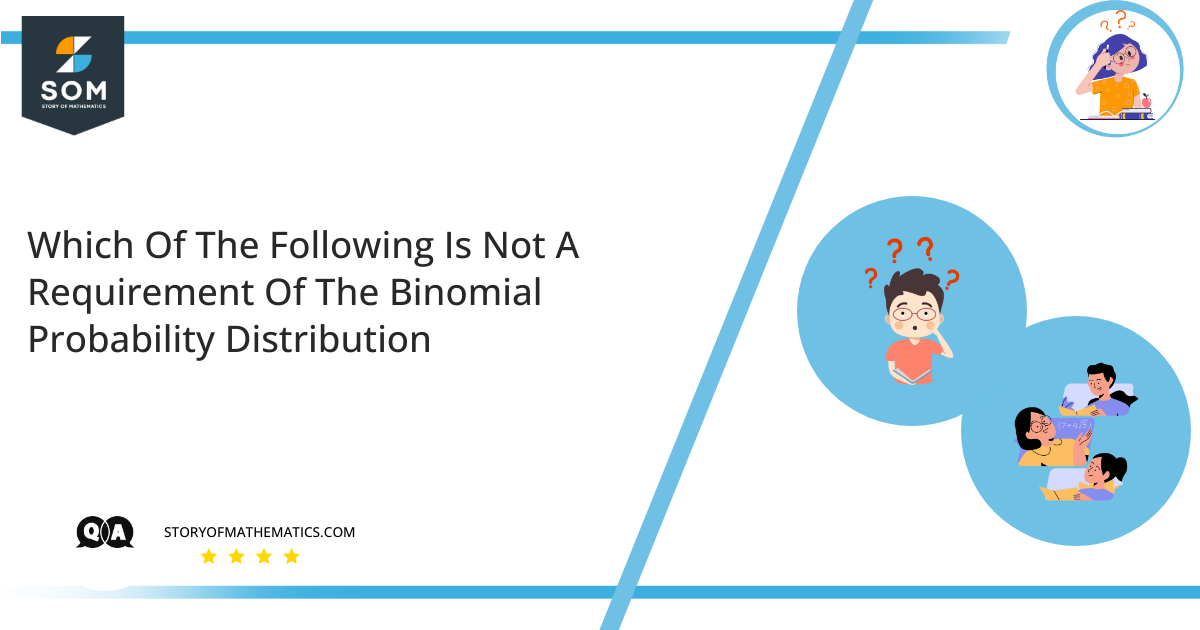 -Which of the following is not a requirement of the binomial probability distribution?
– Each attempt must have all outcomes organized into two categories.
– The attempt must be dependent.
– The probability of success remains the same in all attempts.
– The procedure has a fixed number of attempts.

The binomial probability distribution is a distribution that builds the possibility that a given set of parameters will have one or two independent states. The assumption here is that there is only one outcome for every trial or spin and that each trial is completely distinguished from one other.

Oftentimes we face circumstances where there are only two outcomes of interest, like flipping a coin to produce heads or tails, endeavoring a free throw in basketball that will either be successful or not and grade testing of parts. In each circumstance, we can relate the two results as either a hit or a defeat, depending on how the experiment is defined.

The answer to the problem is $B$, but first, let’s get deep into it.

Whenever these four specific conditions discussed below are fulfilled in an experiment, it is called a $Binomial$ set which will produce a $Binomial Distribution$. The four requirements are:
1)  Every observation should be categorized into two possibilities as success or failure.
2)  There can only be a designated number of observations.
3)  All observations are independent of one another.
4)  All observations are likely to have the same success probability – equally likely.

Option $B$ can’t be a requirement of the binomial distribution and it is the correct answer.

Assume that you are given a $3$ question MCQ test. Each question has $4$ answers, and only one is correct. Is This a binomial probability distribution problem?

This is a binomial probability distribution since all of the properties are met.

5/5 - (8 votes)
previous post Find the probability P (E or F), if E and F are mutually exclusive.
next post Express the plane z=x in cylindrical and spherical coordinates.
Back to top
mobile desktop