The glide reflection combines two fundamental transformations: reflection and translation. The resulting change on the pre-image reflects an image that seems to have a “gliding effect,” hence the name of this transformation.

What Is a Glide Reflection?

A glide reflection is the figure that occurs when a pre-image is reflected over a line of reflection then translated in a horizontal or vertical direction (or even a combination of both) to form the new image. 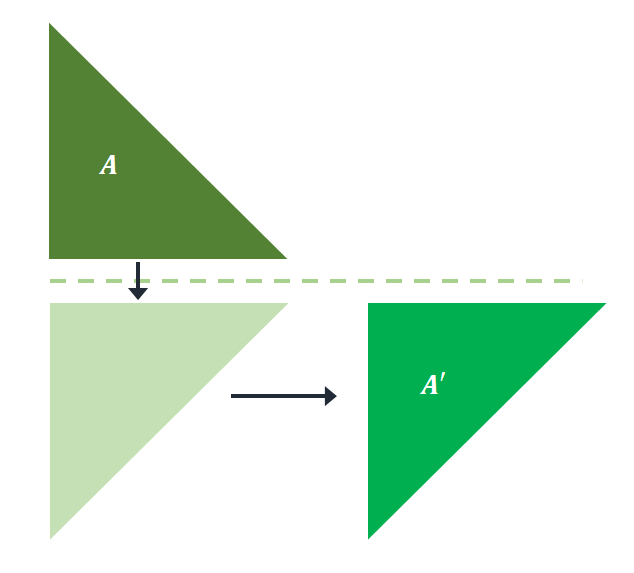 The pre-image, $A$, is reflected over the horizontal line. The projected shape is then translated into a few units to the right to construct $A^{\prime}$. This means that a glide reflection was performed for $A$ to project the image $A^{\prime}$.

As mentioned, translating the pre-image first before reflecting it over will still return the same image in glide reflection. If $A$ is first translated to the right and then reflected over the horizontal line, the same image is projected over $A^{\prime}$. 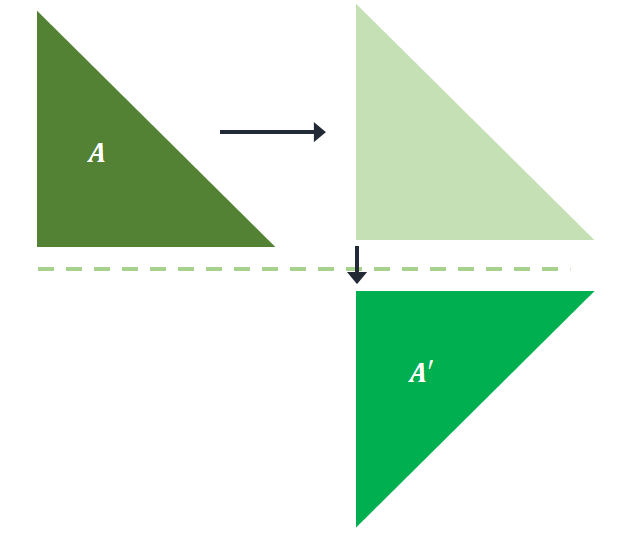 In glide reflection, the size and shape of the pre-image remain the same for the resulting image. The next section breaks down the steps to implement glide reflection on different objects.

How To Do a Glide Reflection?

There are instances when reflecting the pre-image is much more convenient before translating it or vice-versa. Take advantage of the fact that in glide reflection, the order does not matter. For now, it’s important to take a quick refresher on the process of translating and reflecting pre-images.

This covers both vertical and horizontal translations. When performing translations, “slide” the object from along the $x$-axis or $y$-axis depending on the type of translation being done.

Here’s a quick guide on all possible translations that can be applied on a pre-image located on an $xy$-plane. 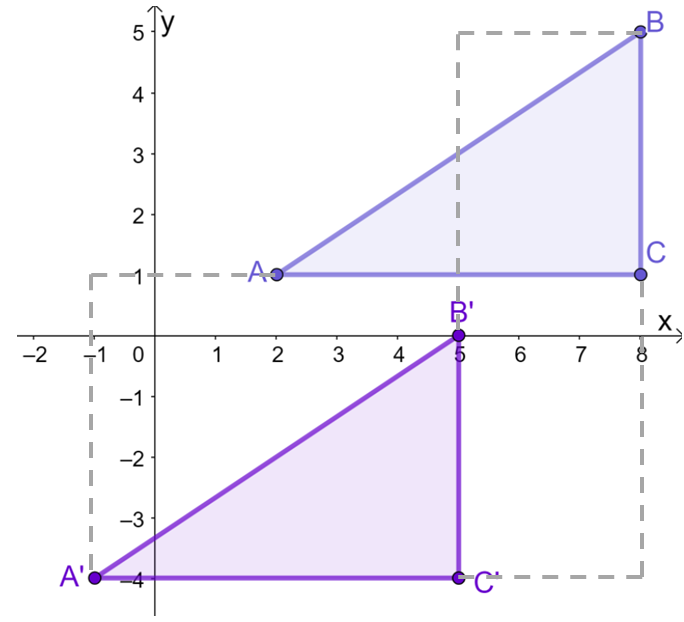 After graphing $\Delta ABC$ on the $xy$-plane, translate each point or vertex $3$ units to the left and $5$ units downward. This can be done graphically or by working on the coordinates of $\Delta ABC$.

Use the guide below when reflecting objects.

Now, using the resulting triangle $\Delta A^{\prime}B^{\prime}C^{\prime}$, reflect it over the $y$-axis. There are two ways to do this: construct the line $x = 0$ then reflect each vertex over or apply the coordinate rules shown above. This should lead to the image shown below. 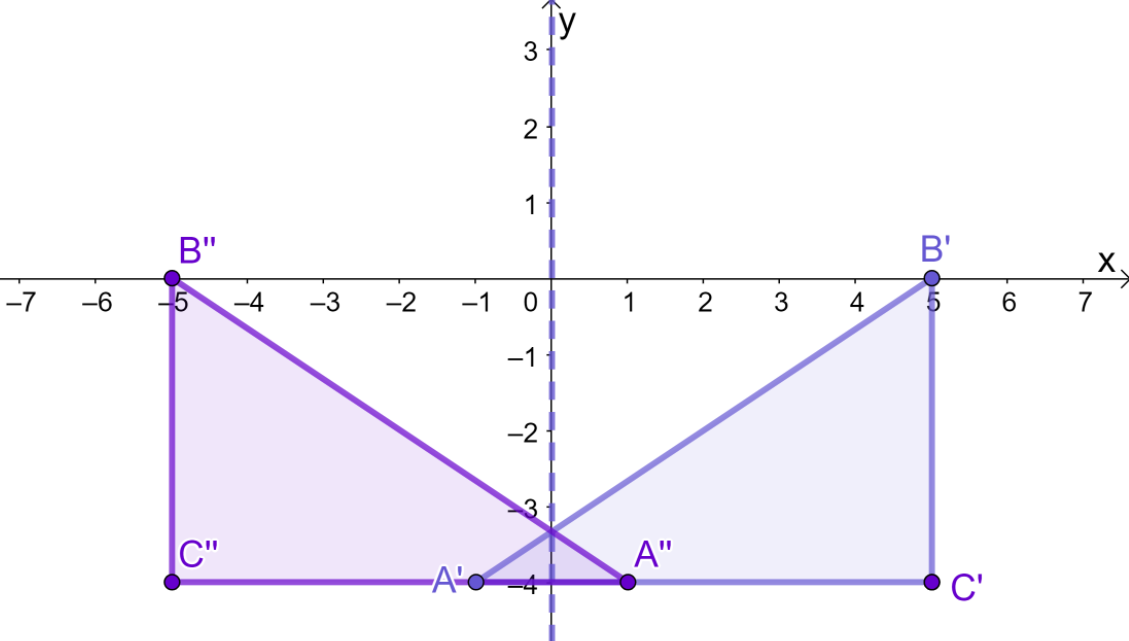 This means that after reflecting $\Delta A^{\prime} B^{\prime} C^{\prime}$ over the the $y$-axis, the resulting triangle will have the following vertices: 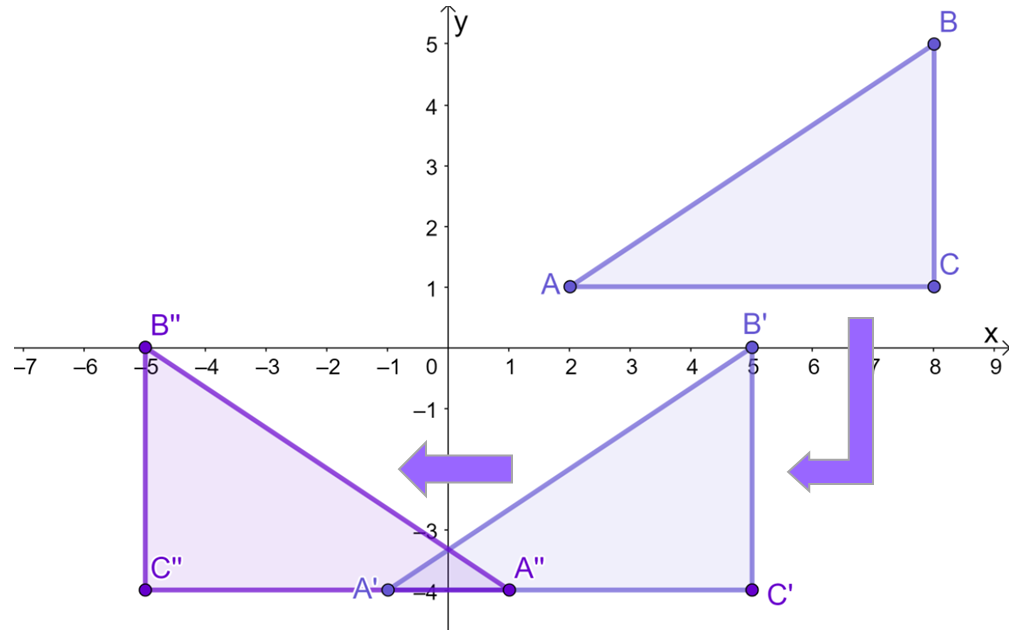 The graph shown above also reflects these changes and highlights how the glide reflection has affected the original object, $\Delta ABC$.

It’s time to try out more examples involving glide reflections, so head over to the section below!

When working with glide reflection, expect to translate and reflect the given pre-image. Now, graph $\Delta ABC$ on the $xy$-coordinate plane and apply the appropriate transformations:

This means the transformation $(x, y)\rightarrow (x- 12, -y)$ summarizes the effect of the glide reflection on $\Delta ABC$. 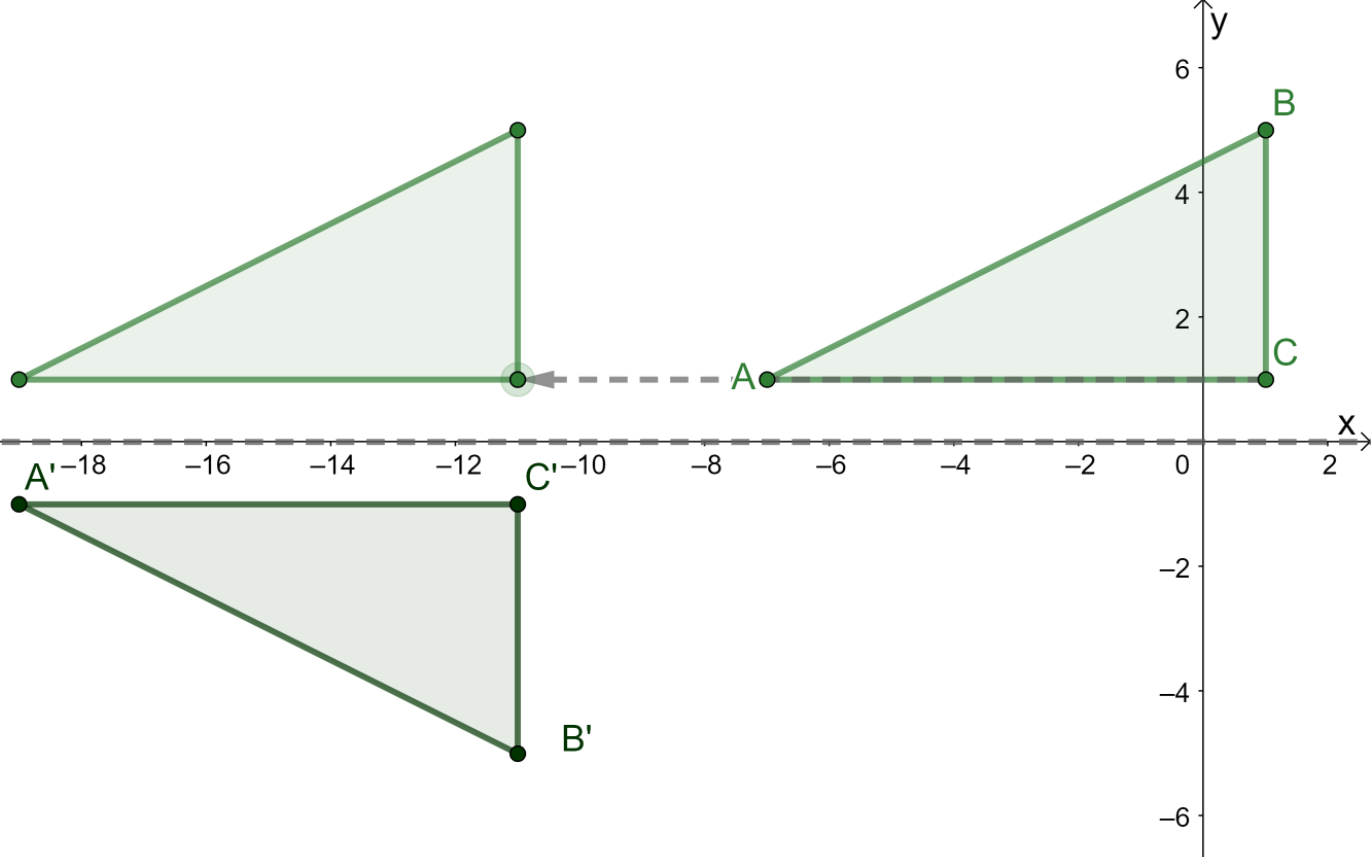 The graph above shows the resulting image of $\Delta A^{\prime}B^{\prime}C^{\prime}$ after the glide reflection.

Some images/mathematical drawings are created with GeoGebra.