This guide will help you understand the concept of an angle. What is meant by $270$ degrees angle, and how you can draw a $270$ degree-angle using geometrical tools? 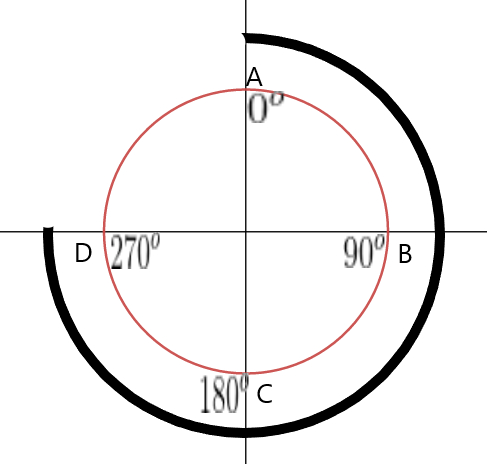 Let us discuss the steps which are involved in drawing an angle of  $270$ degrees with the use of a protractor.

Let’s take an example of angle ABC measuring $270^{o}$. Let us discuss the steps involved in the construction of this angle.

Step 1: Draw two line segments, AC and BC, in an X-Y plane such that the line AC is perpendicular to line BC.

Step 2: Now, place the protractor so that its center aligns with the origin of the lines we draw in the first step. So, the center of the protractor should align with $0^{o}$ of line segments AC and BC.

Step 3: In the third step, mark the point $180^{o}$ in conjunction with the reference line AC. 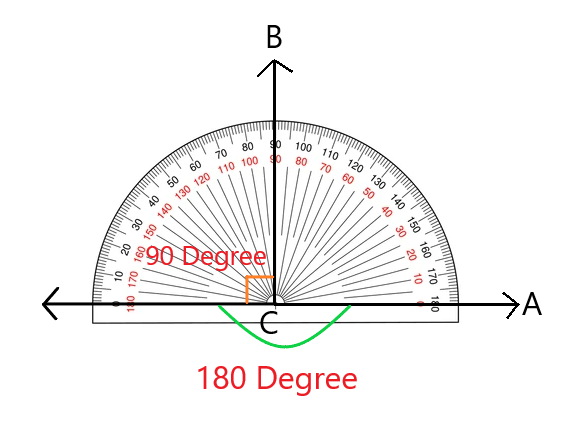 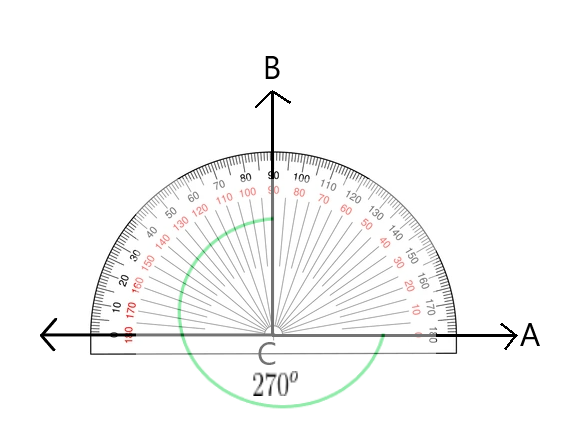 Note: You can exchange the order of steps 5 and step 6 to verify one step with the other step. 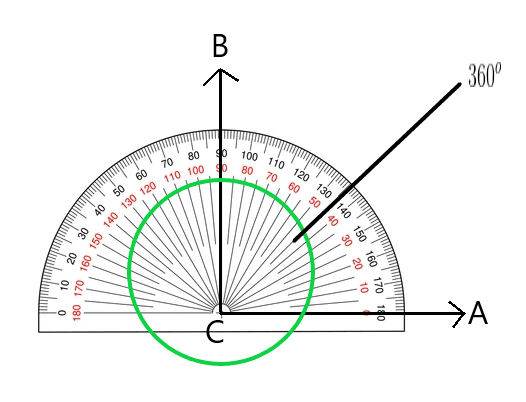 How To Construct an Angle of $270$ Degrees Without a Protractor

This section will discuss how to construct an angle of $270^{o}$ when a protractor is unavailable. It is essential to learn this technique because this will help you better understand drawing the angles in geometry and will help you solve complex problems.

We have discussed in the previous section that $270^{o} = 360^{o} – 90^{o}$. Therefore, by using the compass and the ruler along with other accessories, we will first draw the 90 degrees angle, then find the reflex of that angle which will be equal to the $270$-degree angle. We give the steps below.

Step 2: In the second step, place the compass at point X or at origin and draw an arc so that it cuts the line segment XY, and the point where it cuts is taken as point A.

Step 3: Now place the compass at point A and the second end at point X. Now keep it steady and draw the arc with a radius to AX then mark the point of intersection as point C.

Step 5: Continuing step 4, we keep the compass at point D and draw another arc of radius AX between points C and D.

Step 6: Now, we place the compass at point C and draw another arc intersecting point E.

Step 7: Join the point “E” with point X. This will be a straight perpendicular line which makes an angle of 90^{o}. 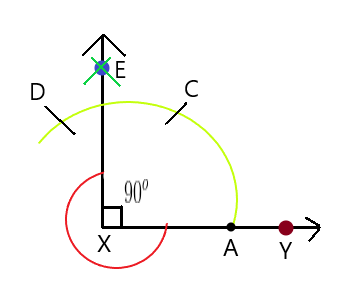 How To Convert 270 Degrees Into Radians

Step 2: The second step involves re-arranging of the terms.