What is d/dx? A Detailed Explanation

The symbol d/dx is used to differentiate any function with respect to the variable $x$.

The derivative or differentiation in mathematics is used to determine the rate of change of a given function. So, if we are using the d/dx formula or the d/dx symbol with a function “$f$,” then we are calculating the rate of change of function “$f$” with respect to the variable “$x$”. In this guide, we’ll explain everything you need to know about this concept and give detailed examples.

We use the process of differentiation when we are dealing with a function with a varying independent variable; this means the variable is dynamic and it changes its value, so we are dealing with the rate of change, and to solve such problems, we use derivatives or $\dfrac{d}{dx}$. So, we can say that $\dfrac{d}{dx}$ is used to evaluate the sensitivity between the dependent and independent variables.

Differentiation has vast applications in the field of engineering, sciences and technology as scientists often deal with problems that require observation of the rate of change concerning different variables, and they have to use derivatives and anti-derivatives to obtain the final form of the function to assess the behavior of the system under certain conditions.

Let us consider the graph below. 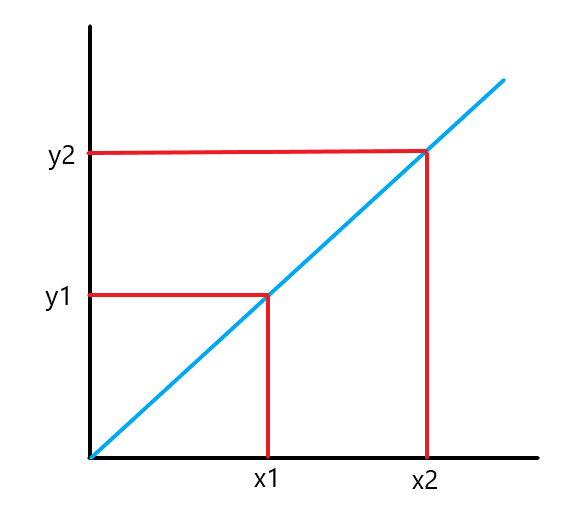 For a non-linear function, the ratio of change in the variable “$y$” with respect to changes in available “$x$” will be different for different values of $x$. To calculate the slope of the curve, we will draw a chord and then choose the desired point where we draw the tangent of the slope. So, we will have two points, and the demonstration is presented in the graph below.

When we want to determine the slope for a curve at a given point, then the selection or calculation for the second point needs some attention. We do not fix the position of the second point — on the contrary, we use it as a variable and call it “$h$”. 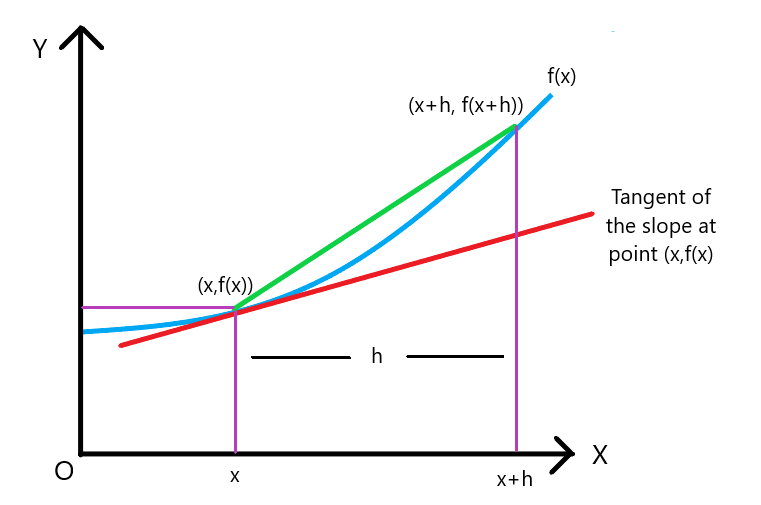 The symbol $\dfrac{d}{dx}$ or the derivative has specific formulas for linear, non-linear, exponential and logarithmic functions, and these formulas are the basis for solving differential equations. Some of the formulas are given below.

Now, let us look at some real-life examples of $\dfrac{d}{dx}$ or derivative.

Let us now study some examples related to $\dfrac{d}{dx}$, so you can see its applications while solving different problems.

The number 50 is a constant, so its derivative is zero.

What Does d by dx Stand For?

What Is Derivative of 1?

Let us conclude our topic by revisiting some of the essential points we have discussed regarding $\dfrac{d}{dx}$.

Understanding the symbol $\dfrac{d}{dx}$, its meaning, its derivation, and its applications should be easier for you after going through this complete guide.
5/5 - (9 votes)