Linear vs nonlinear functions is a standard comparison you will encounter while studying mathematics. Any given function can be represented as a graph. The graph can be linear or nonlinear, depending upon the characteristics of the function. This guide will help you better understand linear and nonlinear functions and how they differ from each other by using many examples and practice questions.

Let us learn about the differences between linear and nonlinear functions and how you can tell at a glance whether the given function is linear or nonlinear.

What Are the Differences Between Linear and Nonlinear Functions?

What Is a Linear Function?

The function or equation having a degree of 1 with a single dependent and a single independent variable is called a linear function. Such functions will always give a straight line. Linear functions are written as:

How To Graph a Linear Function

1. Determine $2$ or more points that satisfy the given equations.

3. Join the points to form a straight line. 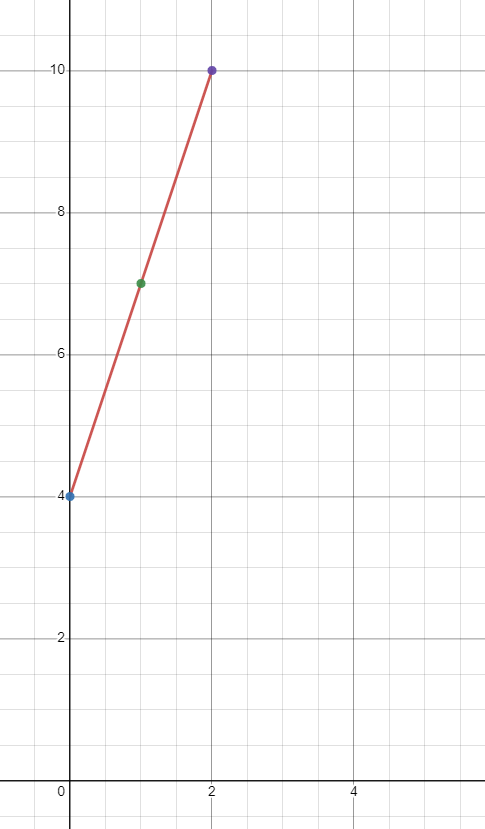 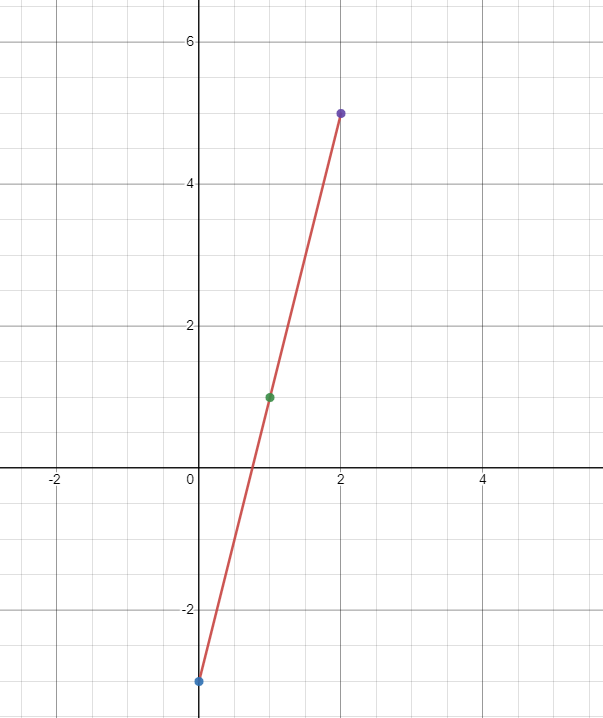 b) Determine the linear function that related the population of the village “$G$” with the time “$t$”.

We are given that the growth rate of the village is a linear function. So to solve the first part of the equation, we can form ordered pairs and find out the slope of the function, and then we can put that in the formula:

As we know, the village population increases linearly, so we can find out the rate increase per year by calculating the slope from the above two ordered pairs.

We have calculated the slope in the first part so it can be used to determine the general relation between “$G$” and “$t$”.

What Is a Nonlinear Function?

How To Graph a Nonlinear Function

Graphing nonlinear equations is a bit tricky compared to linear functions. The method is the same.

1. Find out $2$ or more points that satisfy the given equation.

3. Join the points to form a straight line.

The steps mentioned above are the basics to plot a graph for any function. However, finding out the points which satisfy the equation for a high-degree polynomial function can be tricky. Let us study the steps to plot the graph if you are given a quadratic function.

Step 1: The first step is to write the quadratic equation in a standard form as $ax^{2}+bx +c$.

Step 4: Scatter plot the points you found out in step $3$.

Step 5: Join all the points to form the nonlinear graph for the function.

Let us find out the vertex point of the given nonlinear function.

Plugging in this value to calculate “y”

Let us form the table so we can easily plot our ordered pairs. 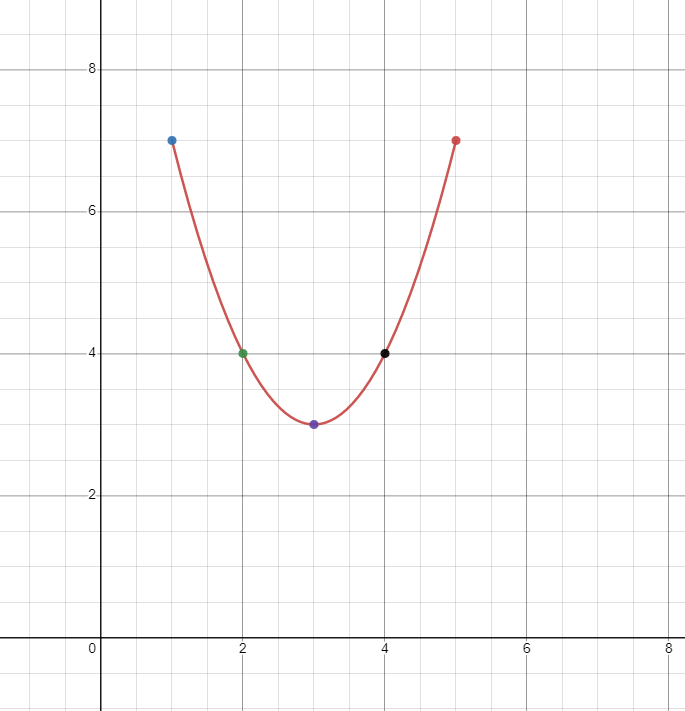 As you can see, the values of “$y$” in the first and second row are the same as in the 4th and 5th row, and the graph formed by using these values will be a bell-shaped parabola. Remember, only the graph for a quadratic equation can be plotted using this method.

Plot the graph for the nonlinear function $y = |x|$.

We will use the basic method to draw the graph for the given nonlinear function.

As “y” is equal to the absolute of “x,” “y” cannot be negative. Hence, we will have a bell-shaped graph. The value of “y” will be the same for every value of \pm x.

We will have a “$V$” shaped graph, but as it is not a straight line, it is a nonlinear graph. 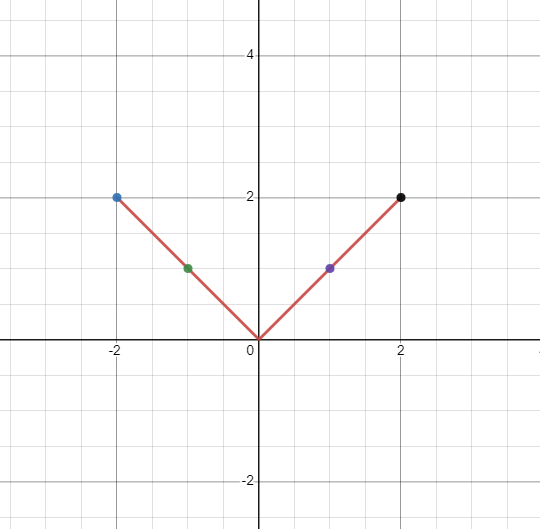 Allan is monitoring bacterial growth in a lab. Suppose the at the start or initial numbers of bacteria were $1000$ and they grow four times during the week. You must form the nonlinear equation and draw the graph for the equation.

Let “$x$” be the number of weeks, then we can write the nonlinear equation as:

After studying these examples, you can further practice linear vs nonlinear examples to enhance your skills.

How Do You Know if Its Linear or Nonlinear?

The only similarity between these two is that they are functions and have dependent and independent variables in the equation. Other than that, there are no similarities between linear and nonlinear functions.

The graph of the given function is not a straight line; hence it is a nonlinear function. 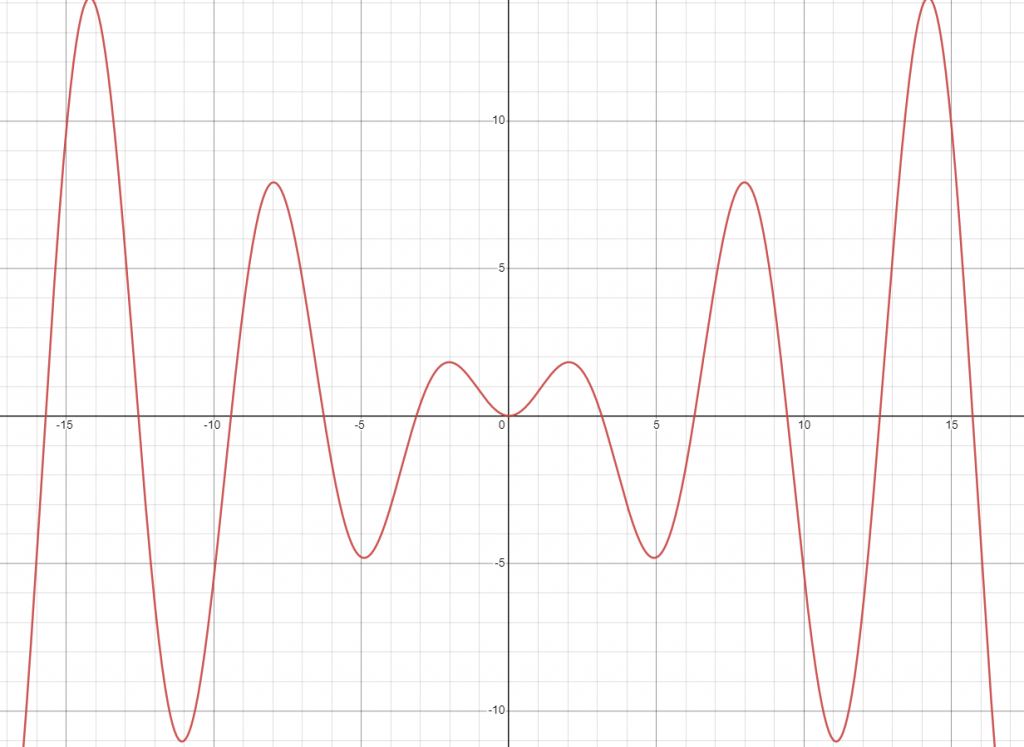 Rate this post
previous post Which Table Represents a Direct Variation Function: A Full Guide
next post What Does Zero Slope Mean? How To Calculate Zero Slope
Back to top
mobile desktop