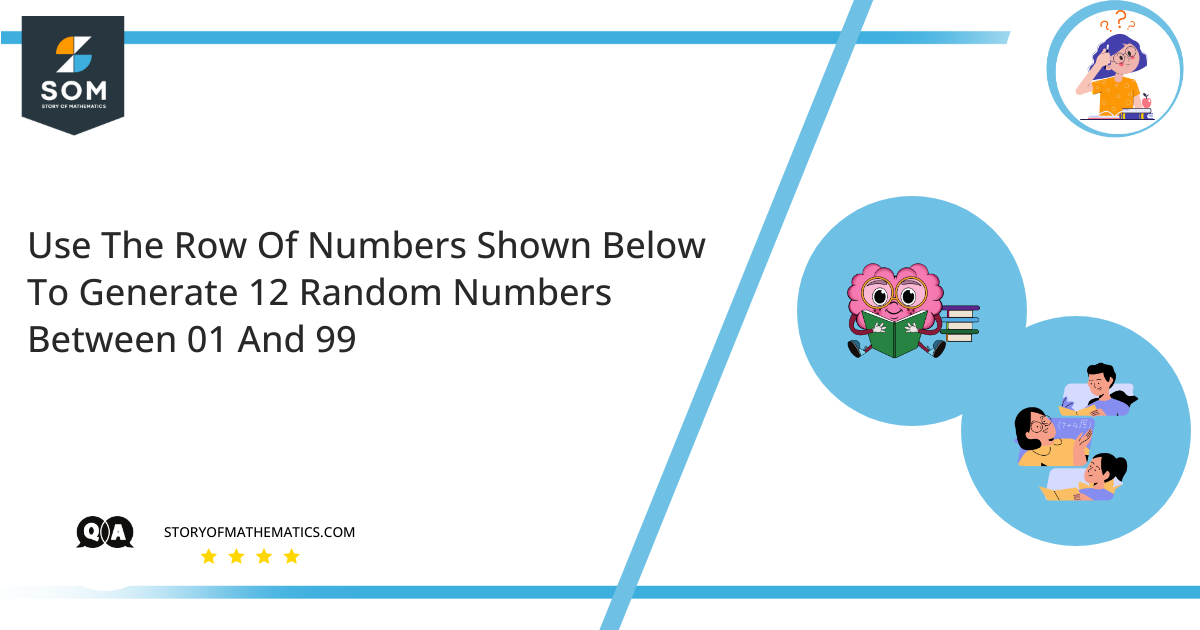 This problem aims to find a bunch of random numbers from a row of numerical values. The main concept behind this problem is mostly related to random numbers and their generation. Now as the phrase suggests, a random number is just a number chosen by luck. In a random number distribution, all the numbers have an equal probability of being selected randomly. For instance, choosing a random card from a deck of $52$ cards.

A random number appears in a particular distribution solely when two requirements are met, the first one is that the numbers should be uniformly dispersed, secondly, it should be impossible to foretell future numbers.

If we want a number in a row or distribution to be actually random, the number must be independent of the row. This means that there is no conncetion between consecutive numbers.

True random numerals are mostly derived from a set of unit decimal numbers such as $0,1,2,3,…,7,8,9$. Before answering this problem, we will use the row distribution to write down the given numbers.

Now that the distribution is all lined up and the sequence is maintained, we will now focus on our purpose for this problem to randomly select $12$ numbers from $0$ to $99$ using the above distribution.

Since $99$ is a two-digit numerical value, we will take two digits for each of our random numbers as we go along the sequence. So we’ll carry these two numbers and we get the digit $78$ and then we assume the next two digits and we get the number $03$. One thing to keep in view is the space, but don’t worry about it.