What Is a Horizontal Shift?

Take a look at the two graphs, $g(x)$ is the result of horizontally shifting $y= \sin x$ by $\dfrac{\pi}{2}$ units to the right. In fact, if the domain is limited up to $2\pi$, $g(x)$ reflects the graph of $y = \cos x$, confirming that $\cos x = \sin \left(x – \dfrac{\pi}{2} \right)$. Graphing the trigonometric functions is much easier when transformations such as horizontal or phase shifts are applied. Since the graphs of fundamental trigonometric functions are studied and well-established, graphing them first then applying the shifts will be much easier. This section has covered all the fundamentals of horizontal shift, so it’s time to learn how to apply horizontal translations. The next two sections will establish the process as well as cover examples of horizontal shifts.

How To Find the Horizontal Shift?

To find the horizontal shift applied on a graph or a function, determine the changes with respect to the $x$-axis. Use the rules and conditions established in the earlier section to solve problems involving horizontal shifts.

Finding the Horizontal Shift From a Graph

When given a graph, observe how far from the pre-image (normally the corresponding parent function) is the resulting image after being horizontally shifted by $h$ units. Use this guide to describe the horizontal shift that has occurred on a given graph. For example, to know the horizontal shift applied on the parent function of the function shown below, observe the movement on the translated graph from $y = x$ with respect to the $x$-axis. 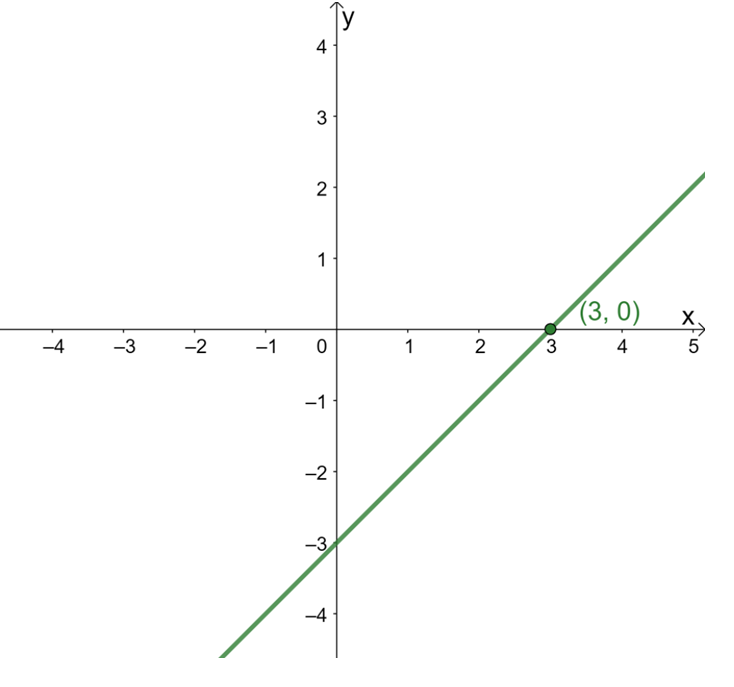 When describing the horizontal shift, focus on how the points and the curve of the function behave along the $x$-axis. Construct the graph of its parent function, $y =x$, to see how the point $(3, 0)$ has shifted. 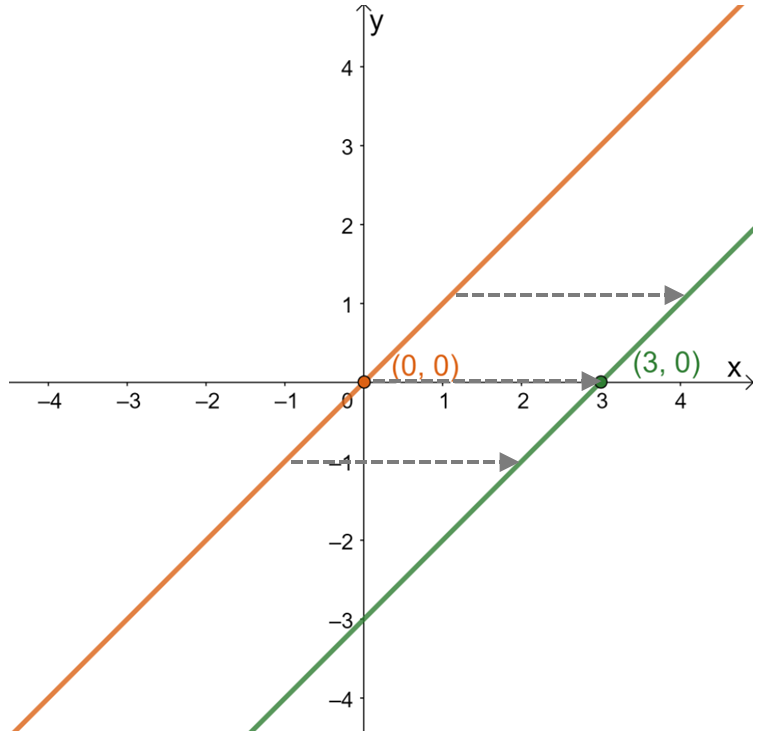 From this, it can be seen that from $(0, 0)$, the point has shifted to $(3, 0)$ or $3$ units to the right. This observation remains true for other points lying on the graph. This means that the parent function is shifted $3$ units to the right in order. From this information, it is also possible to find the function’s expression. \begin{aligned}(0, 0) &\rightarrow (3, 0)\\ x &\rightarrow x – 3\\y=x &\rightarrow  y=x – 3\end{aligned} This means that by finding the horizontal shift, it has been shown that the function shown has an expression of $y = x – 3$.

Finding the Horizontal Shift From a Function

Construct a table of values for both functions to help construct their graphs. The table of values will also give a hint on the horizontal shift applied on $f(x)$ to get $g(x)$. 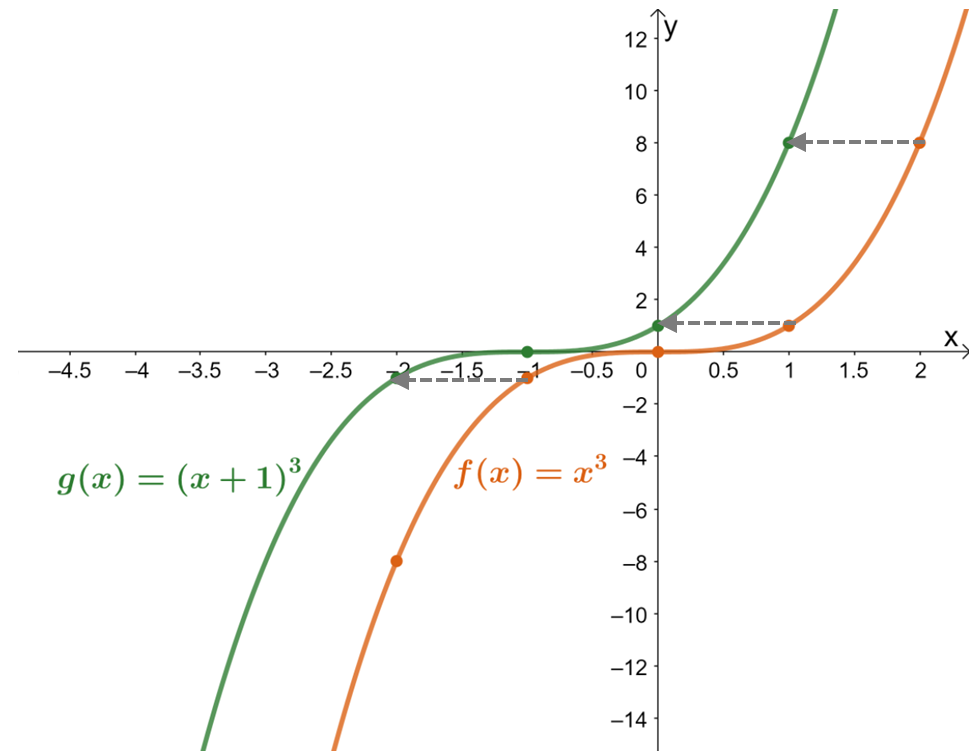 The table of values shows that the values of the function have been shifted one unit to the left. Now, double-checking this with the resulting graphs for the two functions, $g(x)$ is the result of shifting $f(x)$ $1$ unit to the right.

In one $xy$-plane, graph the curves of $\sin x$ and $\cos x$. Use the table of values when needed. Use the resulting graphs to observe how $\cos x$ is shifted to get to the curve of $\sin x$. 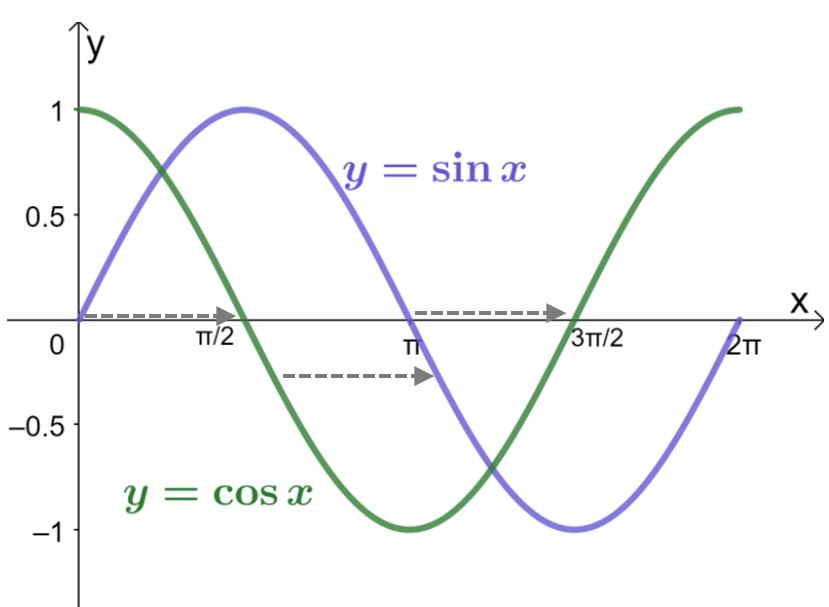 1. Observe the graphs of $f(x)$ and $g(x)$ as shown below. Which of the following statements is true? 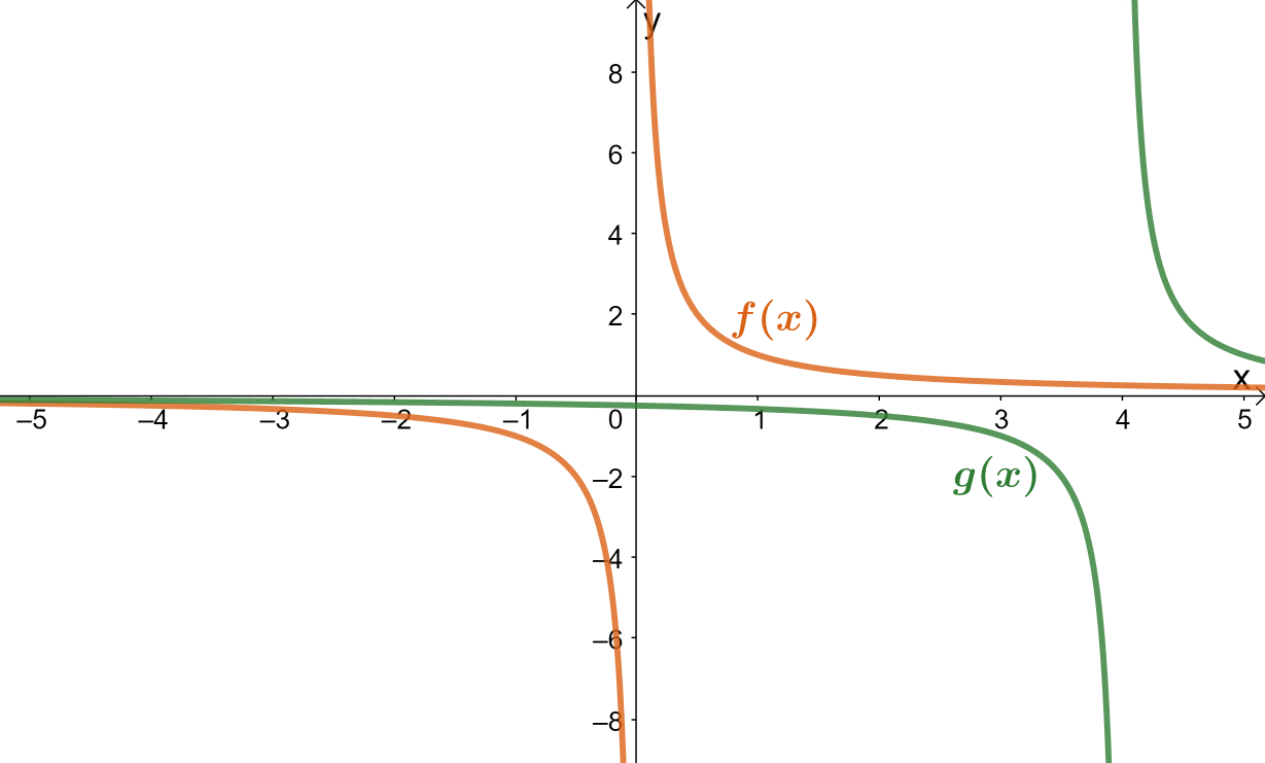