A rock climber stands on top of a 70m high cliff overhanging a pool of water. He throws stones vertically downward 1.2s apart and observes that the cause a single splash. The initial speed of the first stone was 2.5 m/s. How long after the release of the first stone does the second stone hit the water? 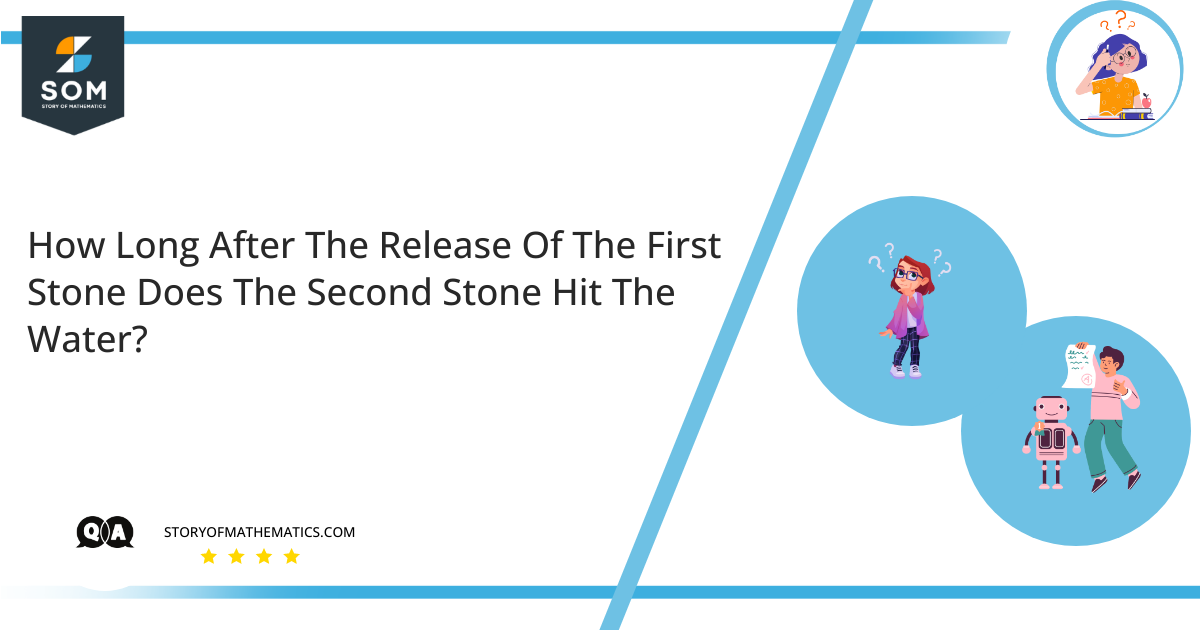 This question aims to find the time of the stone as it hits the water, the initial speed of the second stone, and the final speed of both stones as they hit the water.

The basic concepts needed to understand and solve this problem are equations of motion, gravitational acceleration, and initial and final velocities of an object during vertical fall.

The given information regarding this problem is given as follows:

a) To calculate the time the second stone took to hit the water after the first stone, we will use the equation of motion, which is given as:

By using the quadratic formula, we can calculate the value of $t$, which is calculated to be:

Ignoring the negative value of $t$ as time is always positive.

c) To calculate the final velocities of both stones, we can use the following equation of motion:

The final velocity of the first stone is given as:

The final velocity of the second stone is given as:

a) The total time the second stone took to hit the water:

b) The initial velocity of the second stone is calculated as:

c) The final velocities of both stones are calculated as:

The initial velocity of an object is $2m/s$ and it took the object $5s$ to reach the ground. Find its final velocity.

As the object is falling, we can take the acceleration $a$ to be the gravitational acceleration $g$. By using the first equation of motion, we can calculate the final velocity without knowing the total height.

The final velocity of the object is calculated to be $51 m/s$.

5/5 - (16 votes)
previous post Resistivity measurements on the leaves of corn plants are a good way to assess stress and overall health. The leaf of a corn plant has a resistance of 2.4M Ω measured between two electrodes placed 23 cm apart along the leaf. The leaf has a width of 2.7 cm and is 0.20 mm thick. What is the resistivity of the leaf tissue?
next post For what value of the constant c is the function f continuous on (-∞, ∞)?
Back to top
mobile desktop