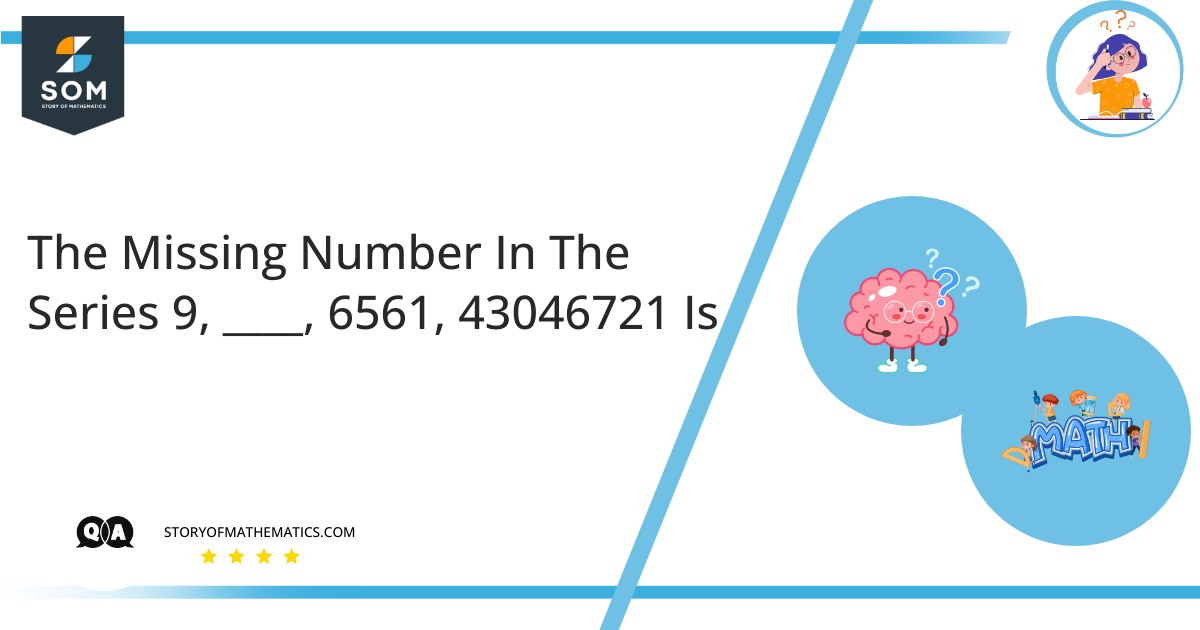 This problem aims to familiarize us with missing numbers in different sets of series. The concept required to solve the given problem is basic calculus involving sequences and series.

Here, we are given a geometric sequence, in which every element is acquired by multiplying or dividing a definite numeral with the initial number. The steps to find the missing number are:

The given series is:

We have to determine the number $?$ in the series.

So by looking at the series, we can infer that the $3rd$ and the $4th$ numbers have some connection and if we find this connection, we can acquire the relation of the whole series and thus find the missing number. So finding the relation between $6561$ and $43046721$.

If we multiply the $3rd$ number by itself it produces the $4th$ number:

So by this, we can say that each number in the series is the square of the previous number.

For confirmation let’s now produce the 3rd number $a_3$ using the $2nd$ number $a_2$ and see if the relation for the series is correct.

So the missing term is confirmed to be $81$.