A polyhedron net is a shape where a non-overlapping edge joined polygons in the plane, re-arranged into another shape.

Albrecht Durer talked about nets in the book he wrote in 1525, named “A Course in the Art of Measurement with Compass and Ruler.” The arrangement of edges decides the shapes of the nets. A given net may be folded into a different convex polyhedron, depending upon the angles in which the edges are folded and which edges are joined together.

In this article, we will learn:

What is a Geometric Net?

A net is defined as a pattern obtained when a three-dimensional figure is laid out flat, showing each face of the figure. A 3-D shape may have different nets.

A three-dimensional geometric shape consists of the following parts:

For a geometric net to form a three-dimensional solid, the following conditions must be met:

If the above two conditions are satisfied, visualize how the geometric net is to be folded to form the solid and make sure that all the sides fit together properly.

Let us have a look at the nets for different shapes.

A cuboid is a rectangular prism with; 6 rectangular faces, 12 edges, and 8 vertices. All the corner angles of a cuboid are 90 degrees. 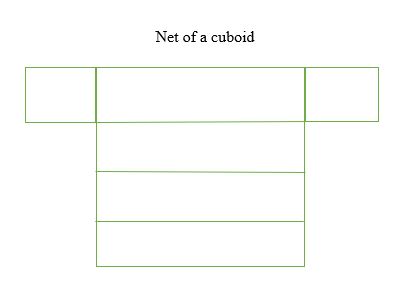 The surface area of a cuboid is given as:

By definition, a cube is a three-dimension figure with 6 equal square faces, 12 edges, and 8 vertices. 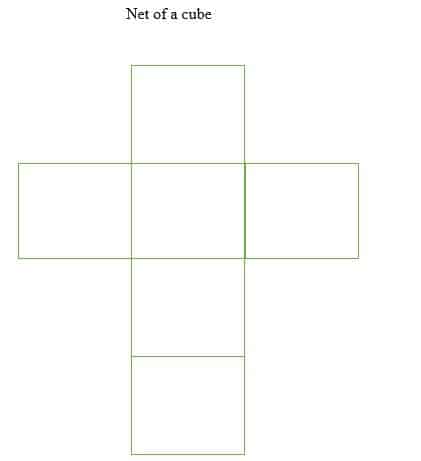 The surface area of a cube is equal to:

In geometry, a cylinder is a three-dimensional figure with two congruent circular bases connected with a curved surface. A cylinder has three faces, two edges, and zero vertices. The geometric net of a cylinder also consists of three faces, i.e., 2 circles and a rectangle. 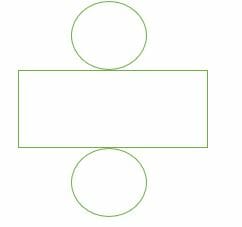 The surface area of a cylinder is given as:

A cone is a geometrical shape with a circular base and a curved surface that tapers from the base to a point known as an apex or vertex. A cone has two faces, one edge, and a vertex. 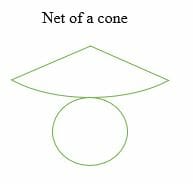 The surface area of a cone is given as:

A pyramid is a polyhedron whose base is any polygon, and the lateral faces are triangles. A square pyramid contains five faces, eight edges, and five vertices.

When a square pyramid is unfolded, its geometric net consists of a square base and 4 triangles. 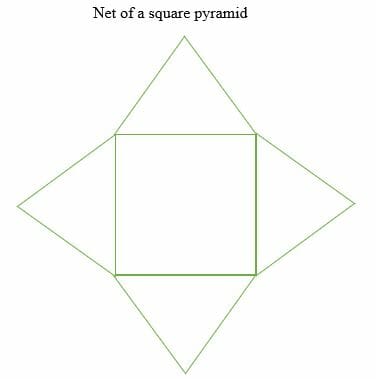 The surface area of any pyramid is given as:

The surface area of a cuboid is equal to the sum of all faces in a net of a cuboid.

Calculate the surface area of the net show below. 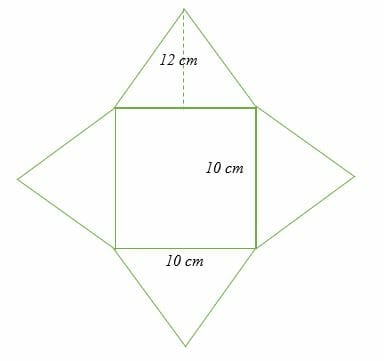 Calculate the surface area of the net shown below: 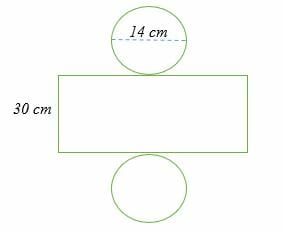 Surface area of the net = area of two circles + area of a rectangle.

The length of the rectangle = circumference of the circle