Polar coordinates give us an alternative way to represent points on a plane. The polar coordinate system measures the polar angle and radial distance of the coordinate from the center called the pole.

Seeing how important polar coordinates are and their coordinate system, it is essential that we understand its basic components and have a strong foundation on the fundamentals. By the end of our discussion, we want you to master the following:

This article will thoroughly discuss these points, so take some notes and by the end of this article, you should be able to follow through with our explanations on the sample problems we’ve prepared!

What are polar coordinates?

In the past, we’ve learned about rectangular coordinates, $(x, y)$, and its coordinate system. The ordered pair, $(x, y)$, tells us that we’ve moved the point $x$ units horizontally and $y$ units vertically from the origin.

The polar coordinate, $P(r, \theta)$, is set in the polar plane so that the distance between $O$ and $P$ is equal to $r$. The value of $\theta$ is measured based on the angle formed by the line segment, $OP$, and the polar axis. 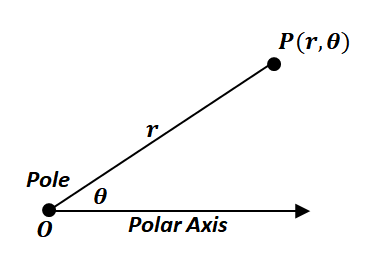 We call $r$ the radial distance (sometimes called the modulus) and $\theta$ the polar angle. When dealing with polar coordinates and coordinate system, it helps if you remember the following conventions by heart: 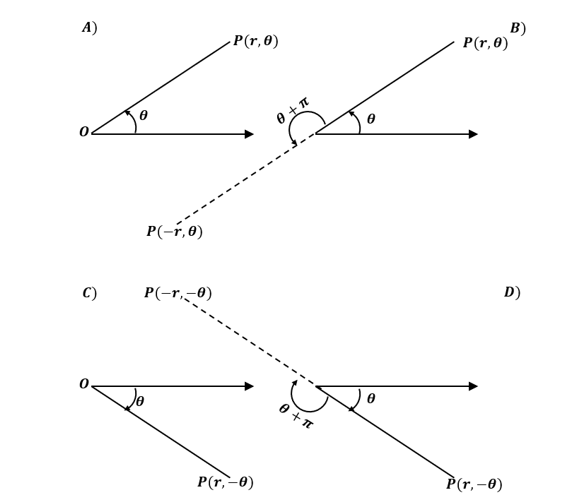 The four images shown above cover all four possible positions of a polar coordinate. From this, we can see that it makes sense that we normally use $\theta$ within $(-\pi, \pi)$. Of course, we can still work with angles. In fact, polar angles can have multiple representations.

How to find polar coordinates?

If we have a Cartesian plane, we also have a polar plane – with its own orientation. Since the polar coordinate is dependent on the radial distance and the polar angle, we expect the polar plane to be circumferential. The “polar grids” are centered at the pole with the grids formed by circles with incremental radii and rays are formed at incremental angles. 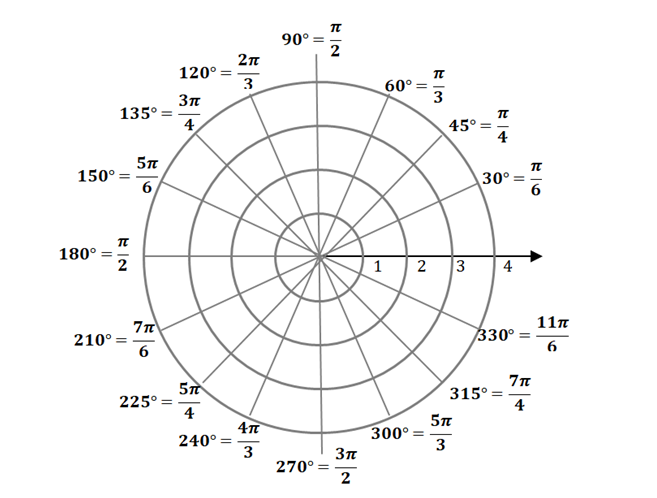 Here’s how a polar plane looks like and we’ve included the angles (both in degrees and in radians) as a guide. When asked to locate the position of a polar coordinate, check the values of $r$ and $\theta$:

For example, if we want to find the location of $\left(3, \dfrac{\pi}{4} \right)$ by finding the position that is $3$ units away from the pole. Now, since $\dfrac{\pi}{4}$ is positive, the polar coordinate is located along the segment that forms an angle of $\dfrac{\pi}{4}$ with the polar axis. 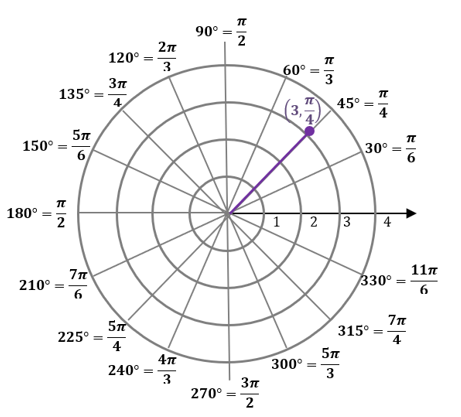 We’ll use a similar approach when finding the value of the polar coordinate. 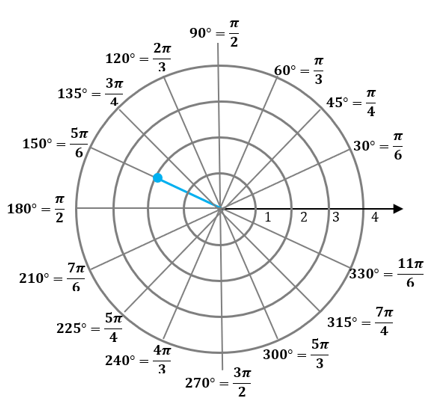 We’ll be dealing more with polar planes when we learn about polar equations and curves. For now, let’s focus on learning how to plot different polar points.

How to graph polar coordinates? 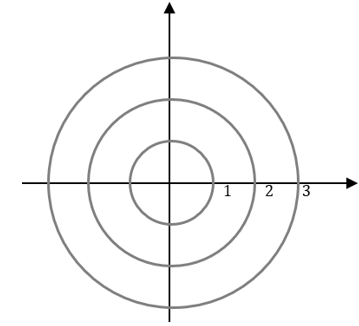 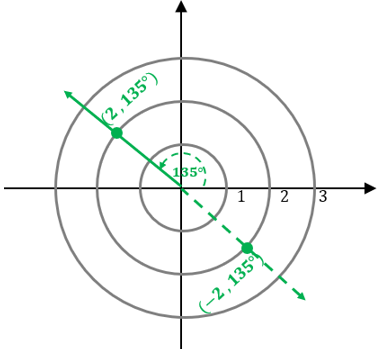 How to convert polar coordinates? 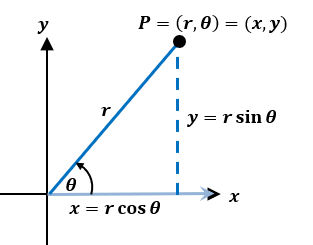 The graph above shows us how polar and rectangular coordinates relate to each other. The polar axis lies along the positive axis and the pole lies in the same position as the origin. From the figure, we can use previous trigonometric properties to establish the relationship between these two coordinate systems.

These four relationships apply when the polar coordinate, $P(r, \theta)$, lies in any of the four quadrants and when $r > 0$ or $r < 0$. Let’s rewrite the expressions shown above to summarize the relationship between the two coordinates.

In case you need a refresher on evaluating trigonometric functions, head over to this link. Now, let’s see how we can reverse the process and convert rectangular coordinates to polar coordinates.

This process is more complicated and since we can represent polar coordinates in infinitely many ways, we’ll stick with these conventions to simplify the process: 1) $r$ is positive ($r > 0$) and 2) $\theta$ is the smallest possible polar angle for the polar coordinate ($0 \leq \theta < 2\pi$).

Use $\tan \theta = \dfrac{y}{x}$ and take the tangent inverse to find the value of $\theta$. Keep in mind that $\theta$ lies in the fourth quadrant.

When the rectangular coordinate $(x, y)$ lies on a horizontal or vertical axis, a much easier approach is by plotting the point then:

Let’s try this simpler approach to convert,$(-4, 0)$, to a polar coordinate. Begin by plotting the point on the $xy$-axis. 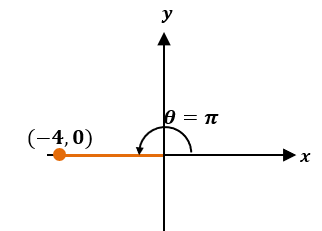 We’ve now covered all the core concepts for polar coordinates. For now, take a quick review of all the concepts we’ve discussed, and when you’re ready, head over to the next section to work on more problems!

Since the highest absolute of $r$ among these three coordinates is $3$, we can construct a polar plane with three circles centered at the origin and with three incremental radii.