What Are Spherical Coordinates?

The spherical coordinates allow us to find the position of a point in $\mathbb{R}^3$ by using one distance and two angles: $\rho$, $\theta$, and $\varphi$, respectively. 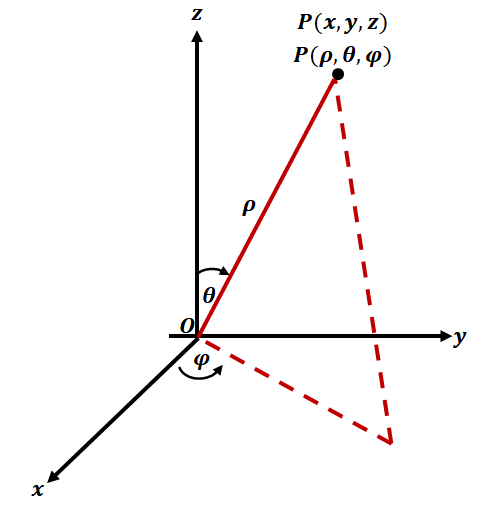 When we have a point, $P = (r, \theta, \varphi)$, we call $\rho$ the radial distance or radius and it reflects the three-dimensional distance of $\boldsymbol{P}$ from the origin. The second coordinate, $\theta$, represents the polar angle and is formed from the zenith direction and the line connecting $\boldsymbol{P}$ and the origin. The third coordinate, $\varphi$, is called the azimuth angle and is formed by using a reference line along the plane that is perpendicular with the zenith direction.

How To Convert To Spherical Coordinates? 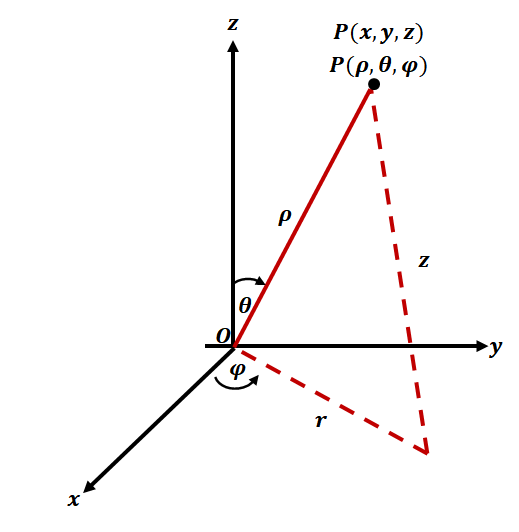 We can define the relationship between spherical and rectangular coordinates using the formulas shown below.

At first glance, these formulas may look complicated but if we know that the segment formed by $r$ and the $z$-axis are perpendicular, so we can apply fundamental trigonometric identities. By quick inspection, we can confirm that $r = \rho \sin \varphi$. Looking at the $xy$-plane, we can also see that $x = r\cos \theta = \rho \sin \varphi \cos \varphi$. For the rest, you can try deriving on your own using trigonometric formulas.

How To Find Spherical Coordinates?

For example, if we want to describe the position of $(2, 30^{\circ}, 60^{\circ})$, we first convert this spherical coordinate to rectangular coordinate as shown below.

How To Graph Spherical Coordinates?

This process may be tedious especially when you have no tools with you to estimate the angles. This is why we’ll recommend the second route: converting the spherical coordinates to rectangular coordinates first.

Plotting the Spherical Coordinate by Converting It To Rectangular Coordinate 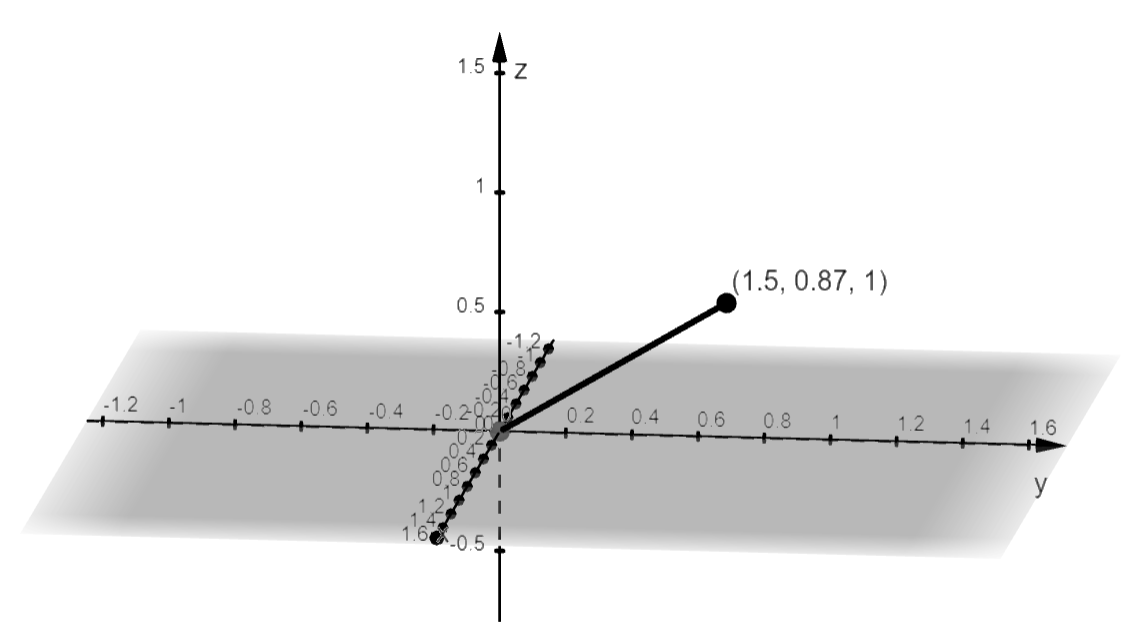 Hence, we have the following components for the cylindrical coordinate: 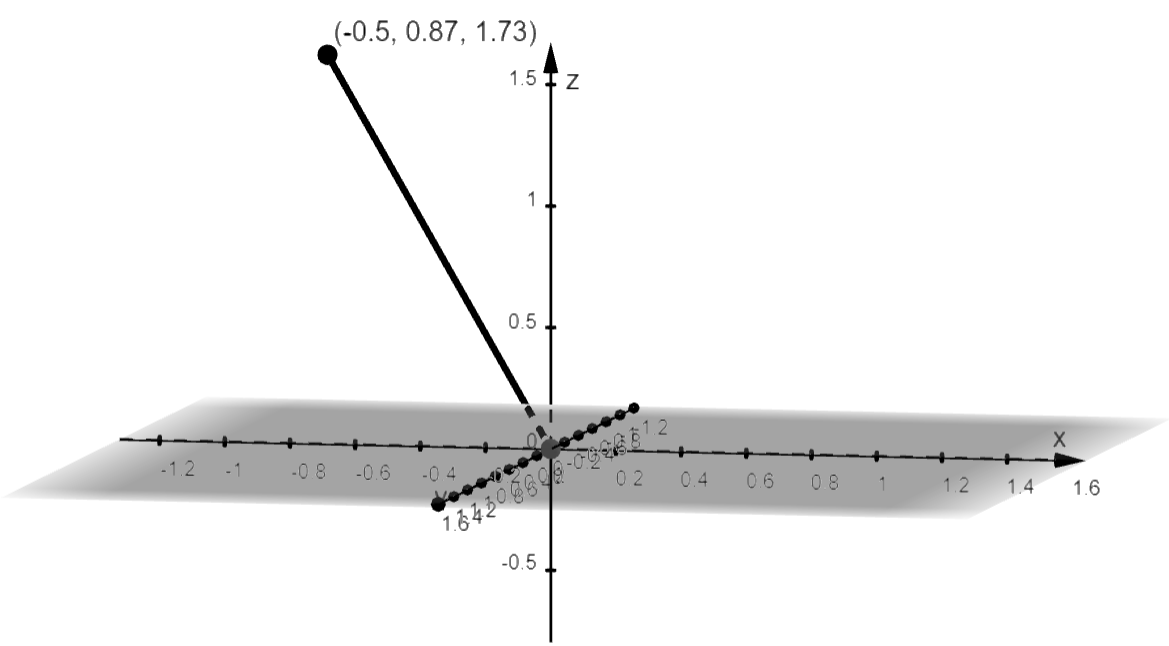 Here’s the graph of the spherical coordinate using its rectangular form. 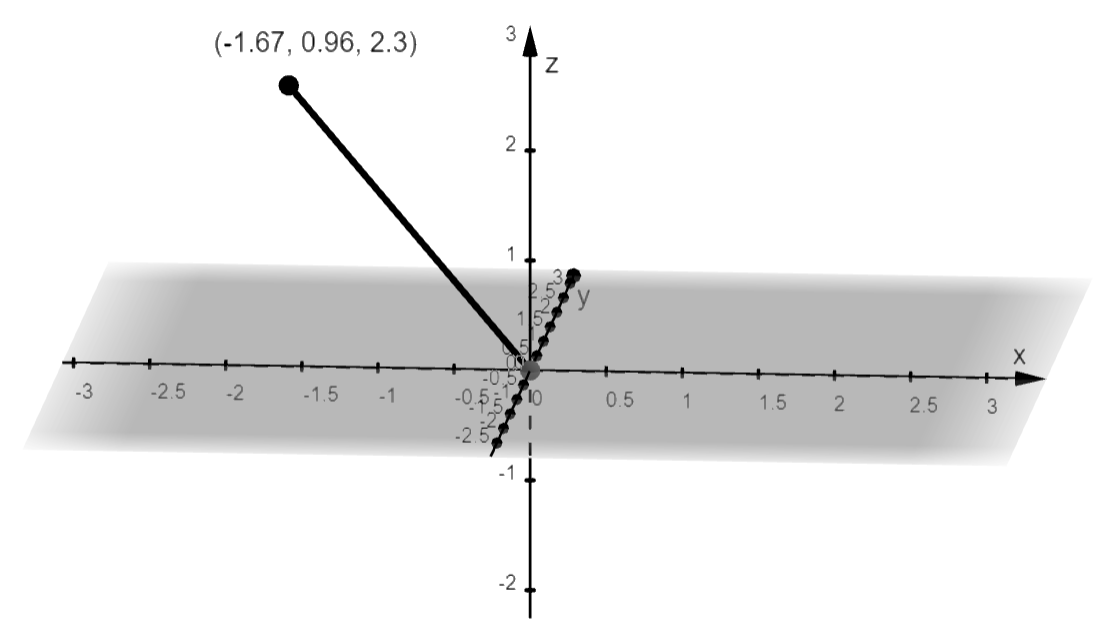