Probability is the study of events and how likely they are to happen. This likelihood is usually expressed as a fraction. The denominator expresses the total number of possible events in a given situation while the numerator expresses the number of ways that the indicated event can happen. Sometimes this fraction is converted to a decimal or a percentage, depending on the situation.

The two most common situations that most people think of when they hear probability are the weather and games of chance.

These probabilities, while grounded in the science of meteorology, are not usually calculated by examining all possible situations, as that is impossible. Instead, they are educated guesses based on past experiences and meteorological conditions.

Most games of chance, however, can be represented mathematically by probabilities.

The key with games of chance is that they also usually include a monetary value and psychological component. This is why some probabilities about games of chance, such as the famous Monty Hall problem, surprise people. Their intuition of the probability is different from the probability calculated mathematically. This is also why “the house always wins” in any casino. 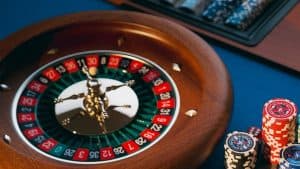 Both probability and combinatorics provide an important base for further mathematical study in statistics and graph theory. Because statistics is useful in every kind of social and physical science and graph theory provides a lot of the basis of computer and network studies, probability is used in just about every subject in some way or another.

This resource guide begins by explaining what is meant by the concept of an “event” in theoretical and concrete circumstances. It then gives strategies for finding the likelihood of events, including the construction of tree diagrams and conditional probability.

The guide then introduces combinatorics for the calculation of probabilities before ending with an exploration of how probability is used in both basic and advanced statistics.

This can of course quickly become complicated for experiments that have more than two outcomes or that are performed more than twice. That is what makes tree diagrams, a kind of probabilistic flow chart, so useful. They provide a way of organizing the likelihood of different events in an experiment. 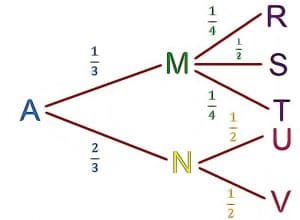 This topic begins by explaining tree diagrams and other ways of visually constructing probabilities. It then introduces concepts used to calculate compound events, namely mutual exclusivity, independence, and dependence. These concepts are used to determine conditional probability, or the probability of one thing given another.

Finally, the subject ends by exploring the difference between probability with and without replacement.

Probability relies on the likelihood of events, but what is an event?

An event can be thought of as an outcome. In a coin flip, there are two possible outcomes: heads and tails. 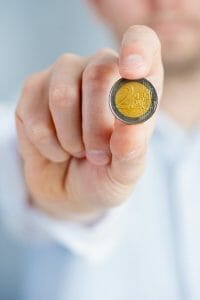 When selecting a card from a deck, there are 52 possible outcomes.

All of these outcomes are equally likely, but events do not have to be equally likely. For example, the possible outcomes of a blood type test are O, A, B, and AB. In the United States, the probability that a person chosen at random will have O is 0.44 or 44%, not 0.25 or 25%.

This topic introduces samples and the probability of events by comparing theoretical and experimental probability. It also explains event complements.

The section ends by providing examples of uses of these probabilities, including geometric applications and coin and dice problems.

How did people determine this incredibly large number?

Rather than try each one and write it down to make sure there were no repeats (a process that would take about 1.4 trillion years if it took one second to try and record each configuration), mathematicians used combinatorics. 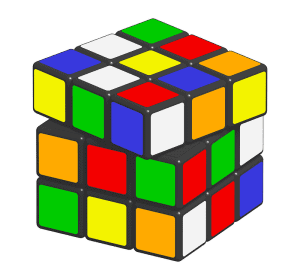 This topic begins by explaining how to use factorials and their application is permutations and combinations. It ends by relating these concepts to statistics.

Perhaps the most famous use of probability in other branches of mathematics is its use is statistics. Statistics typically takes a sample of a population and extrapolates using probability to make determinations about the population itself. This section explores those applications by looking at the mathematics behind them.

The topic begins by explaining what a random variable is and why randomness matters in probability and statistics. It also explains how to use probability to determine a probability density function. The section also discusses different distribution functions used in statistics and how they are used to determine an expected value. Finally, the section concludes with how to calculate and use z-scores and Bayes’ theorem.