Differential equations combine our knowledge of derivatives, integrals, and algebra to solve equations that contain functions and their derivatives.

What Is a Differential Equation?

Order and Degree of Differential Equations

The best way to understand the order and degree of differential equations is through examples, so we’ve prepared some for you:

Classifying Differential Equations Through Its Order

Differential equations may have orders higher than two, but we’ve highlighted these two types of equations since we’ll mostly work with them in our Calculus classes. This is also why we’ve written separate articles focusing on first-order equations and second-order equations.

How To Solve Differential Equations?

Meanwhile, we can use the second method (integrating factors) when the partial derivatives of the expressions are not equal. For the case of $\dfrac{dy}{dx} +Py = Q$, $\dfrac{\partial Q}{\partial x} \neq \dfrac{\partial P}{\partial y}$ – and when this happens, the differential is not exact. For our examples below, we’ll only be using the first method – to show you how easy it is to work with first-order differential equations!

Notice how the values of the constants, $C_1$ and $C_2$, can be combined as $C$? Moving forward, we’ll just write $C$ on the right-hand side of the equation to account for all the possible constants. The solution, $ y^2 = \dfrac{x^3}{6} – 4x + C$, is called a general solution since it accounts for all functions satisfying the equation. 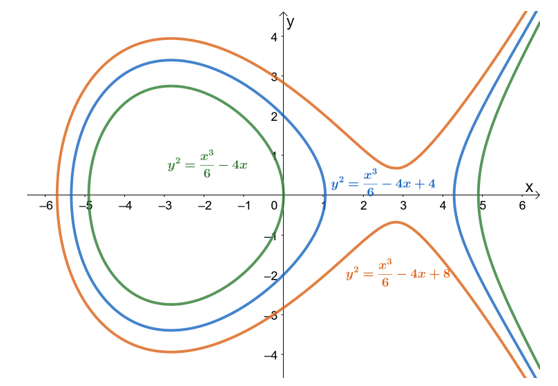 This is an example of an initial value problem – when our differential equations come with enough initial conditions for us to find the value of the unknown constants. We can separate the variables with $v$ on the left-hand side of the equation.

Now, let’s use the initial condition, $v(0) = 36$, and substitute these values into the equation to solve for $C$.

Use this value to complete the solution for the initial-value problem: $\ln v = 40t + \ln 36$. Let’s rewrite this equation to only have $v$ on the left-hand side of the equation.

We call this solution, $v = 36e^{40t}$, a particular solution since this satisfies the differential equation with a given initial condition.

The images/mathematical drawings are created with GeoGebra.