The Pokemon Damage Calculator finds the total damage dealt to a target Pokemon by an attacking Pokemon’s move. 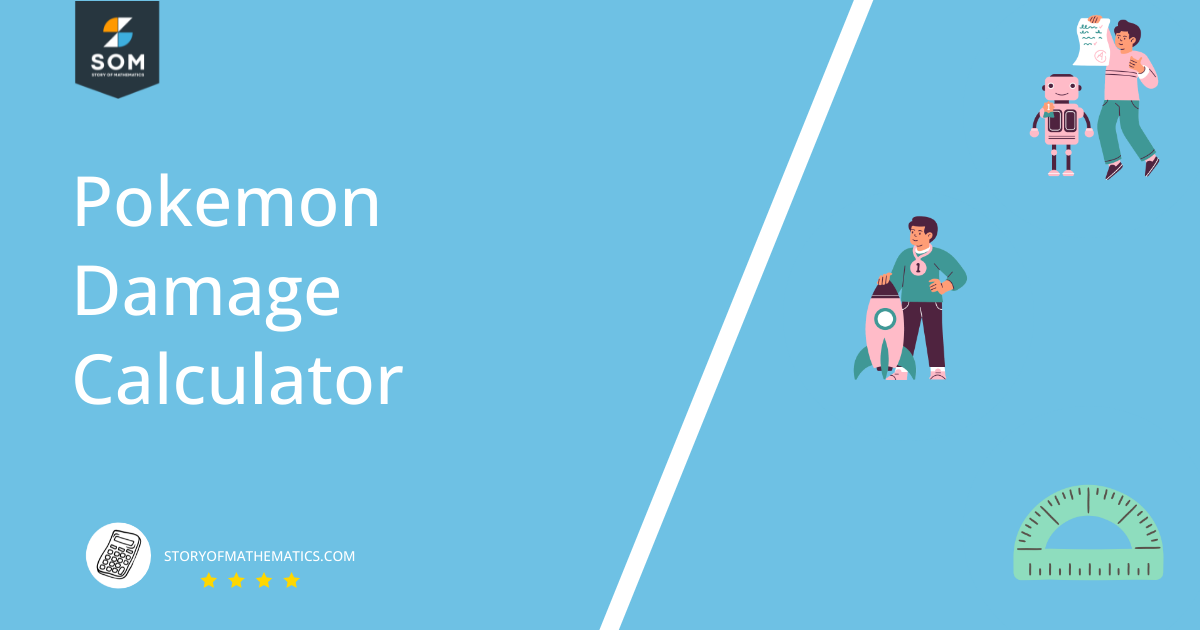 What Is the Pokemon Damage Calculator?

The Pokemon Damage Calculator is an online tool that calculates the final damage dealt to a target Pokemon by another Pokemon’s attack. It requires information regarding the engaged Pokemon (defense of the mark; level and attack stat of the attacker), the specific move itself, and the modifiers in effect.

Given these, the calculator finds the total damage dealt.

How To Use the Pokemon Damage Calculator

You can use the Pokemon Damage Calculator to find the damage dealt by any Pokemon with the help of the following step-by-step guidelines.

Enter the attacking Pokemon’s attack stat into the text box labeled “Your Attack.”

Enter the attack’s base power into the text box labeled “Base Attack Power.”

Enter the stacked multiplication product of all the modifier values into the text box labeled “Modifiers.” It must be a single number. So, if you have multiple modifiers, multiply them to get a product and enter that product here.

The result shows up in a new window that contains a decimal value for the damage dealt, with the option to expand to more or fewer decimal digits.

How Does the Pokemon Damage Calculator Work?

The Pokemon Damage Calculator works by using the following formula for Generation V and onwards:

Note that different moves have different values of power. If the move is special, then, in the above equation:

The user inputs all the variables, and the calculator substitutes them into the above equation to get the result.

Since Pokemon involves turn-based battles and fighting in general, each Pokemon has specific attributes called statistics, or stats for short. Various factors can modify them (special attacks, abilities, etc.). The un-modified values are unique for each Pokemon and are called the base stats.

The base stats of a Pokemon define its performance against other Pokemon. Pokemon involves a lot of tactics, so it is not necessary for the one with higher stats to win. Regardless, they are significant in determining the outcome of a battle as they directly affect the damage dealt and received.

Let us look at the various base stats below:

Note that certain items and abilities will temporarily affect these stats during battle. HP regeneration is also possible (healing).

Each Pokemon has an additional attribute called Level. It reflects the experience of a Pokemon battle and can range from 1–100. Each level increase provides a small boost to the Pokemon’s overall stats.

Pokemons can also evolve under certain conditions. There are different evolutions for all Pokemon, each with a new name. The stats for the evolved version are significantly higher.

Modifiers are special conditions or factors that can positively or negatively affect a Pokemon’s attacking/defending ability. As there are many types of modifiers, all the modifiers stack multiplicatively for a final modifier value. The calculator multiplies this as the last step in the damage calculation formula.

A modifier that is un-triggered or not in effect will have a value of 1. Below are the modifiers used in Generation V and onwards Pokemon. The modifiers in equation (1) are a stacked multiplication of all of these:

The calculator requires only one number in the Modifiers field, so if you have the value for each modifier separately, you first need to multiply them together and enter the product into the text box.

Therefore, if, for example,  your Pokemon performs an attack of the same type as itself, it will receive a STAB modifier of 1.5. If the defending Pokemon is weak to the attack type, the Type modifier will be 2. For now, let us assume all other modifiers are not in effect (are equal to 1).

Consider two Pokemon, Raichu (level 65) and Charizard (level 75), battling during rain. The battle has already begun, and Charizard is currently flying. Neither of them holds any items, nor has the burn status.

Imagine that this is Raichu’s turn (with its higher speed, it acts first) and that it uses the special electric-type move Thunder, with a Power of 110. Calculate the damage received by Charizard.

The rest of the modifiers are not in-effect. As it is raining, Thunder is guaranteed to hit.

Finally, since Thunder is a Special move, we use the special attack and defense stat in our calculations. We use equation (1):