Modeling is important in all branches of mathematics, including vector geometry. This is:

In this topic, we will discuss the following aspects of vector geometry:

What is a Vector in Geometry?

Quantities with both magnitude and direction are known as vectors. We can use a graph to represent vectors visually. For example, a vector connecting two points, A and B, is called:

A vector in standard position will have the origin as its starting point. 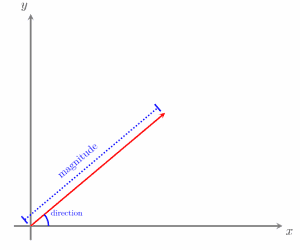 The negative of a given vector is found by reversing the direction of the vector. In this case, its magnitude (or length) is the same as that of the original vector.

For example, the vector:

is the negative of the vector AB, and:

Given two points, P and Q, the arrow from P to Q will have both length and direction. 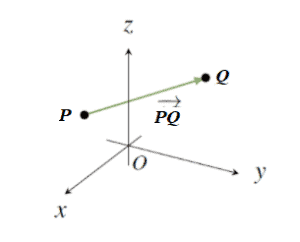 Let us assume that P and Q be two arbitrary points in space R3. The line segment from P to Q is denoted as PQ. In geometry, this is known as the vector from P to Q.

Step 3: Then, add the two squares together.

Step 4: Finally, take the square root of the number you found in step three. This scalar number will be the length of the vector.

Comparing components, we get

Using the above-mentioned formula for finding the length of two a vector, we have:

Now, substituting the above values gives us:

Note that if the initial point or the tail of a vector is at the origin, i.e., if the vector is written in standard form, then the magnitude of OA is:

Comparing components, we get

Using the above-mentioned formula for finding the length of two a vector, we have

Now, substituting the above values gives us: 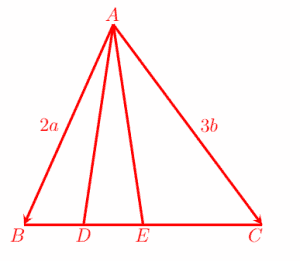 Using the information given above, determine the following vectors in terms of a and b:

We note the relationship between BA and the vector of known length, AB:

Substituting the known values of AB and AC gives us:

Substituting the value of BC found in part (a) gives us:

Substituting the known values of AB and AC gives us:

This can be simplified:

We are given the relationship:

Firstly we will evaluate the norm (magnitude) ||b|| by using previous definitions and the procedure for finding the magnitude of a vector whose starting point is at the origin. This gives us:

Therefore, the left-hand side will become

The right-hand side will become:

Now substituting these values into the left- and right-hand sides of the equation, we get:

Comparing the x, y, and z components give us: 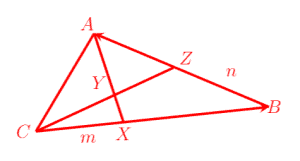