Factors of 75 refer to the numbers by which 75 can completely be divided or they are those numbers whose product is 75 when two numbers are multiplied together. Hence, the number is referred to as a factor if it divides 75 with a remainder of 0. 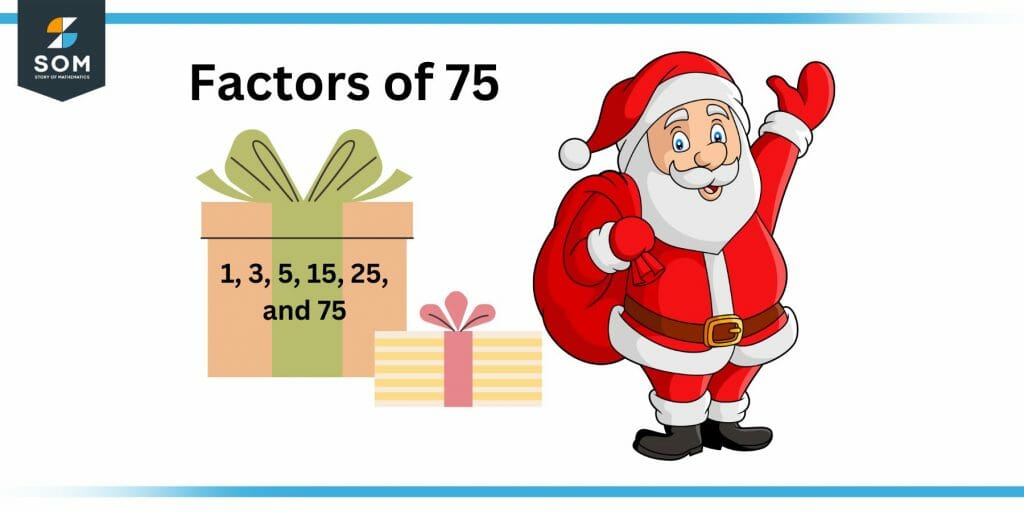 Figure 1 – All possible Factors of 75

List all the numbers that are less than or equal to the number you are looking for to check the factors of that number. For instance, the numbers for 75 will range from 1 to 25. The solution can then be obtained by dividing each of them. Two is the factor of all numbers, which is a fascinating fact about factors. However, there are two methods for determining a number’s factors: division and multiplication.   Integer factors can be discovered in a variety of ways, though. There is a strategy to discover factors of an even simpler number. You simply keep dividing the number until the remainder equals zero, at which point you take the quotient and divisor as factors of the particular number.  Let’s look at one of these situations as an example.   If you divide 75 by 5, the answer will be 15. Therefore, both the divisor and the answer are regarded as factors. Altogether, they are known as factor pairs i.e. (5,15).  For better understanding, this article will guide you about all the details related to factors of 75 in the best way possible. It consists of effortless solutions, amazing examples, and fun facts about the number 75.

What Are the Factors of 75?

How To Calculate Factors of 75?

Factors of 75 by Prime Factorization

One technique to express a particular number as the product of its prime factors is through the method of prime factorization, which involves determining which prime factors can multiply with one another to yield the number as a product. In other words, it is the method of finding or expressing the given number as the product of prime numbers. A prime number only has two factors, 1 and the number itself.   Since 75 is a composite number, it ought to contain prime factors. Let’s learn how to determine the prime factors. The very first method is to divide 75 by the smallest prime factor, for example, let’s take 2. 75/2 will yield a fractional number if we divide it, thus we may move on to the following prime number, which is 3. This is shown below: \[ \frac{75}{3} = 25 \] The result of dividing 25 by 3 is a fractional number, which is not a factor. Hence, we proceed to  the next prime number that is:  \[ \frac{25}{5} = 5 \] \[ \frac{5}{5} = 1 \] After the division process, we received the number 1. Thus, preventing us from moving on.  Thereby, the prime factors of 75 mathematically can be represented as:

The prime numbers in this scenario are 3 and 5. The diagram attached below is the prime factorization of the number 75. 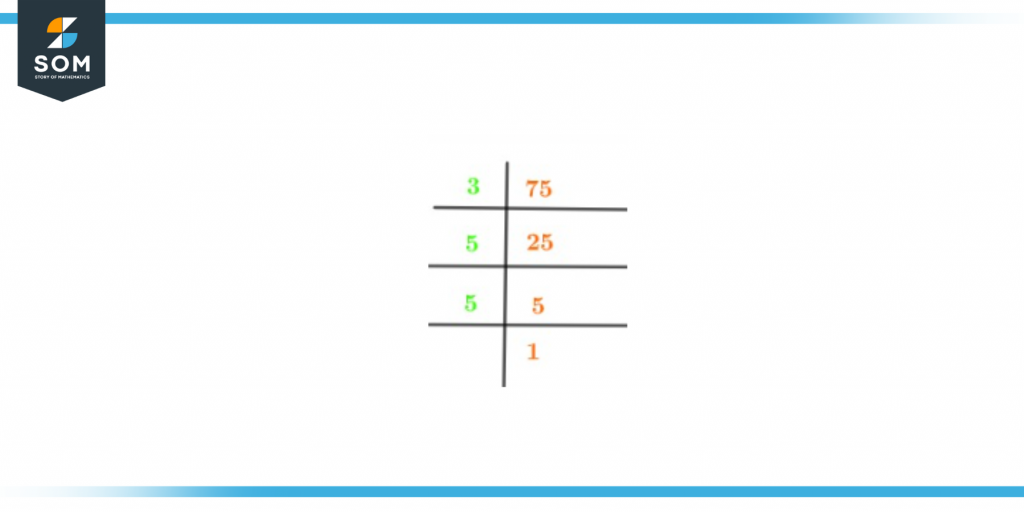 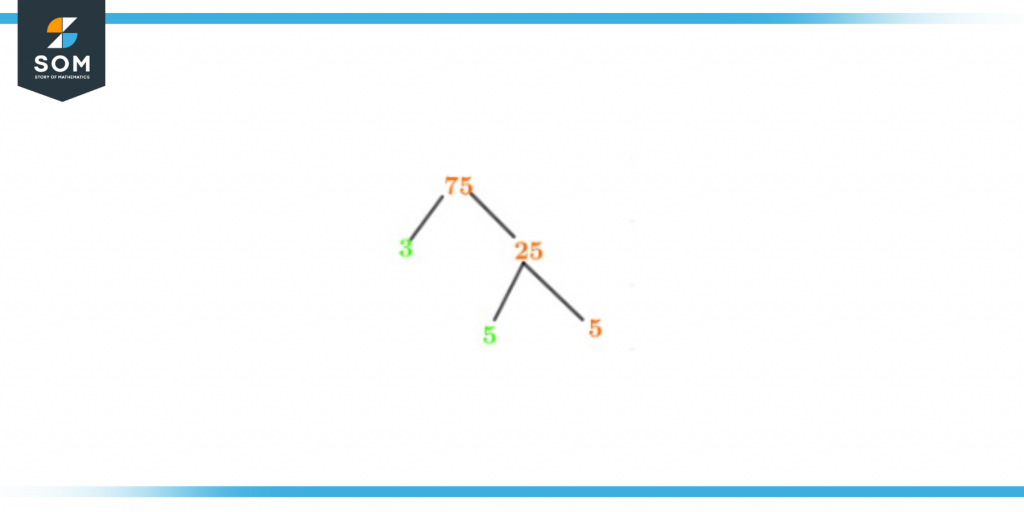 Listed below are some fascinating fun facts about the number 75:

Factors of 75 in Pairs

When multiplied together, a pair of two integers is known as a factor pair which produces the number itself as the result e.g. If 1 multiplied by 75 is 75, then (1, 75) is a pair factor of 75.  Similarly, other factor pairs of 75 are as follows:

To further enhance the concept of factors of 75, let’s take a look at some detailed examples involving factors of 75.

Sam wishes to increase the value of 10 by a natural number so that it becomes a factor of 75.  Which number needs to be added?

Find the sum of all the positive factors of 75.