Factors of 90 represent a set of integers that divide the number 90 without leaving any remainder behind. Similar to all other numbers, 90 is made up of both positive and negative pairs of factor sets. 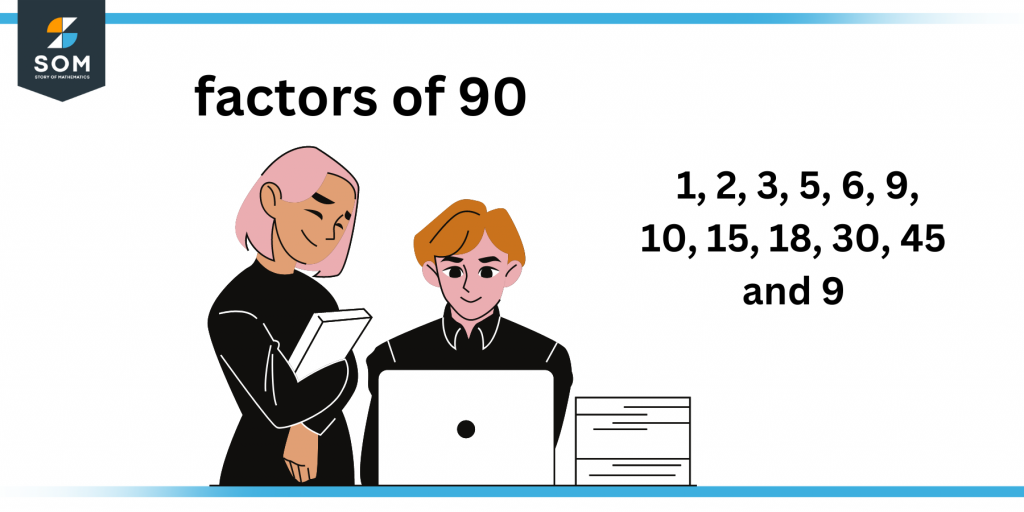 Figure 1 – All possible Factors of 90

Factors of 90 are also termed as the numbers that when paired together and multiplied, result in the number 90 itself as the product.

Due to its even and composite nature, the number 90 has more factors besides simply itself and 1.

Briefly said, the factors set of 90 is composed of a total of 12 numbers.

The four basic methods used when factoring a number are division, multiplication, prime factorization, and factor tree. In the vast and ever-expanding discipline of mathematics, these are four main techniques that are based on the general laws of mathematics and used to identify the factors of a given number.

In the current article, we are going to dig into the methods and techniques used to calculate the factors of the number 90, its prime factorization, factor tree, and pairs of factors.

What Are the Factors of 90?

All the above-mentioned numbers are the well-recognized factors of the number 90 as these are the set of integers that when divided by the number 90, result in producing zero as the remainder.

How To Calculate the Factors of 90?

You can calculate the factors of 90 by using the universally used multiplication or division methods as one of the primary techniques.

There are integer factors for 90 that are both positive and negative. The sole difference between the two groups of factors is the way the signs are written; for example, the negative 90 factors are those numerals that, when stated as a mathematical symbol, include a minus sign in addition to the suggested arithmetical value.

To begin with, we will multiply several pairs of numbers to get at the required result of 90. Pair-multiplication is the technique used for finding the required factors of 90.

Here is the process of how you can find both the positive and negative factors of the number 90.

Initially, we are considering the number 1, to be a factor of 90 such that,

The number 1 is also known as the universal factor, as every number when paired and multiplied with 1, results in producing the number itself.

Now, we are going to continue and multiply different pairs of numbers to testify whether they are the factors of 90 or not.

It is, indeed! Considering that when multiplied by another number, the outcome is 90.

As we have already discussed, the division method is another method for calculating the factors of 90. We will now explain how to compute the factors of 90 using division, which is the other widely used method.

Let’s begin by applying the division technique to discover the factors of 90.

At first, divide the smallest possible number i.e. 1 with the given number 90. Check for the remainder. Is the remainder zero?

Yes, the remainder is zero. Hence, it is proved that the number 1 is a factor of 90.

Now, we are going to recommend a few numbers that are less than or equal to 90, divide that number by it, and if the division leaves no or zero remainders, we shall refer to the suggested number as the factor of 90.

The following is the list of the negative factors of 90.

Similarly, the following is the list of the positive factors of 90.

Factors of 90 by Prime Factorization

Prime factors are integers or numbers that can only be divided evenly by one and by themselves. The prime factor of a given integer can be any number that satisfies the requirements outlined in the definition of prime factors, but never 0 or 1, as these values are not properly classified as prime numbers.

The prime factorization of 90 is given as, 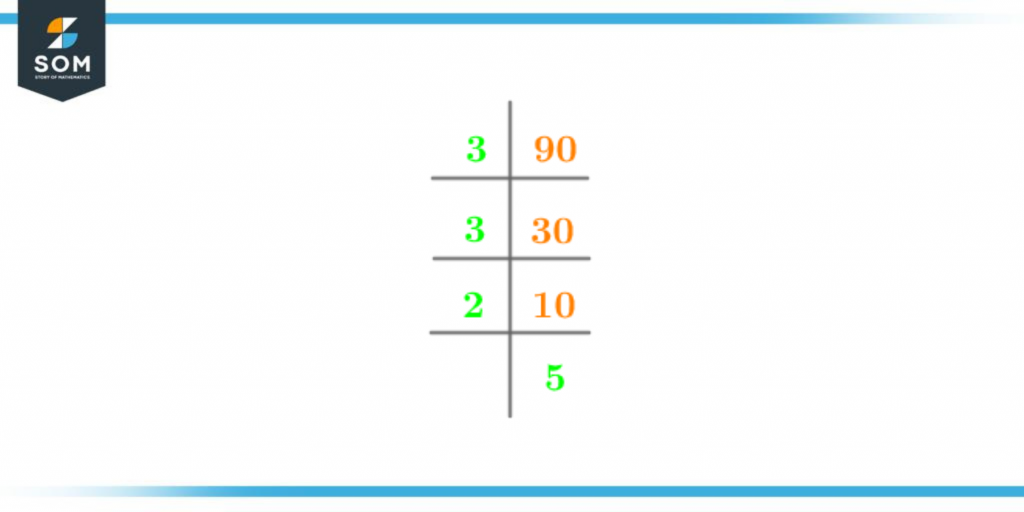 Also, the prime factorization of 90 can be expressed as the following expression,

In other words, there are 3 prime factors of 90.

The geometric representation of a number’s prime factors is a factor tree. A factor tree, as its name suggests, contains several branches, each of which specifies a factor with it.

The following image shows the factor tree of 90, 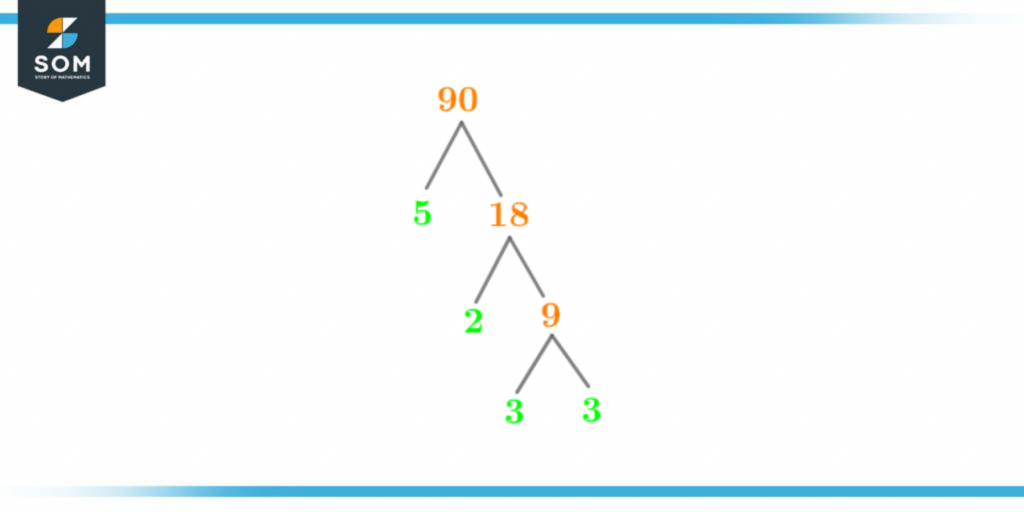 The aforementioned geometric representation demonstrates how the tree’s top is composed of the number 90, which further divides into its branches or factors. It also highlights the prime factors on the tree’s left side and the terminal branch.

Factors of 90 in Pairs

The sets of numbers known as factor pairs are those that, when multiplied together, provide the same outcome as the product of which they are a factor.

Factors of 90 consist of a collection of positive and negative integer pairs, as was previously stated. The pair of factors of the number 90 are represented as:

Now, let us solve a few examples to test our understanding of the above article.

Number of bags parceled out = 5

We have only one way to determine the exact number of bags parceled out using the factors list of 90.

We can calculate the total number of bags placed in each parcel such as the factor list of 90 is given as:

Consequently, the total number of bags distributed across the five packets is given as:

Hence, 75 bags were parceled out in the 5 packets.

Caroline has been assigned to determine the H.C.F amongst the factors of 90 and 30. Can you help her in finding the exact number from the two-factor lists?

Hence, from the above data, we can conclude that the H.C.F amongst the factors of 90 and 30 is 30, respectively.