The Parabola Calculator computes various properties of a parabola (focus, vertex, etc.) and plots it given an equation of a parabola as input. A parabola is visually a U-shaped, mirror-symmetrical open plane curve. 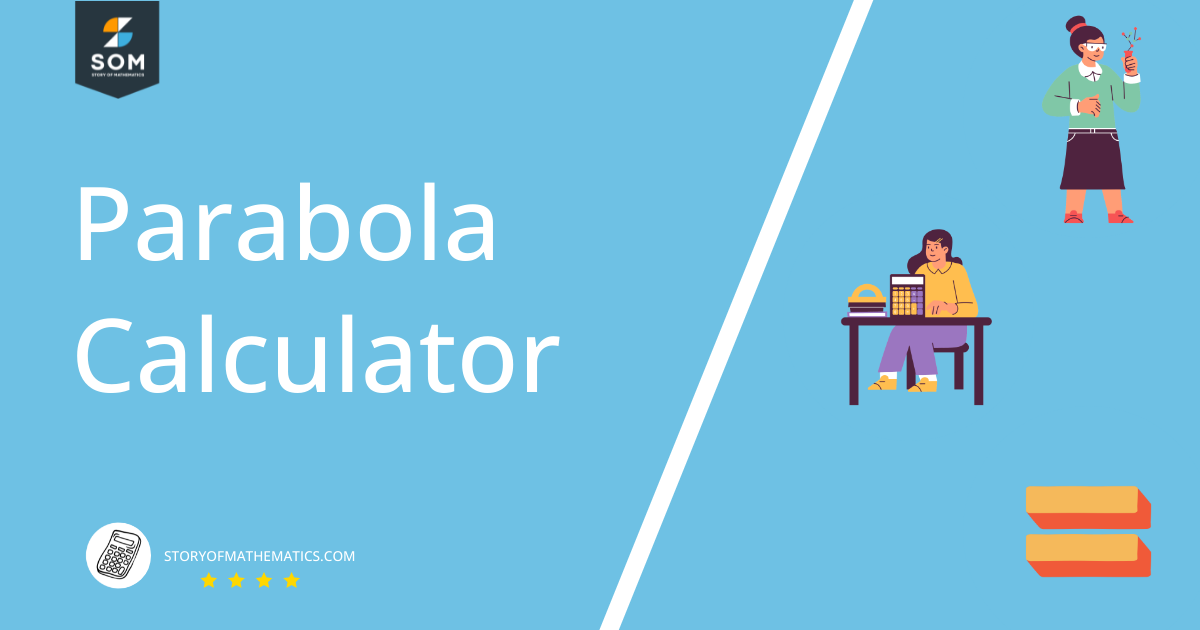 What Is the Parabola Calculator?

The Parabola Calculator is an online tool that uses the equation of a parabola to describe its properties: focus, focal parameter, vertex, directrix, eccentricity, and semi-axis length. Additionally, it draws the parabola’s plots as well.

How To Use the Parabola Calculator?

The step-by-step guidelines to do so with the calculator follow.

Enter the equation into the text box. For our example, we type “x^2+4x+4”. You can also use mathematical constants and standard functions here, such as absolute, by typing “abs,” $\pi$ with “pi,” etc.

The results show up in a new pop-up window that contains three sections:

How Does the Parabola Calculator Work?

The Parabola Calculator works by determining the properties of a parabola by analyzing the equation and rearranging it into the standard form of a parabola. From there, it uses the known equations to find the values of the various properties.

A parabola is a set of points on a plane that depicts an open, mirror-symmetrical, U-shaped plane curve. One can define a parabola in multiple ways, but the two most common are:

Keep the second description in mind for the upcoming sections.

To better understand how the calculator works, we first need to know about the properties of a parabola in more detail:

Multiple equations describe parabolas. However, the easiest ones to interpret are the standard forms:

The axis of symmetry (AoS) for a parabola described in the standard form is parallel to the axis of the non-square term in the equation. In the above case, this is the y-axis. We will find an exact equation of the line once we have the vertex.

The values of h and k define the vertex. If you rearrange the equation:

You can see that h and k represent offsets along the x and y-axis. When both are zero, the vertex is at (0, 0). Otherwise, it is at (h, k). As the AoS passes through the vertex and we know it is parallel to either the x or y-axis, we can say that AoS: y=k for x-symmetric and AoS: x=h for y-symmetric parabolas.

The semi-axis length is given by $f = \frac{1}{4a}$. The focal parameter is then p = 2f. The focus F and directrix D values depend on the axis of symmetry and the direction in which the parabola opens. For a parabola with vertex (h. k):

Given that quadratic functions represent a parabola – find the focus, directrix, and the length of the semi-latus rectum for f(x).

First, we bring the function into the standard form of a parabola equation. Putting f(x) = y and completing the square:

Now that we have the standard form, we can find the properties easily by comparing:

The axis of symmetry is parallel to the y-axis. Since a > 0, the parabola opens upwards. The semi-axis/focal length is:

The directrix is perpendicular to the AoS and hence a horizontal line:

The length of the semi-latus rectum equals the focal parameter:

You can visually verify the results in Figure 1 below. 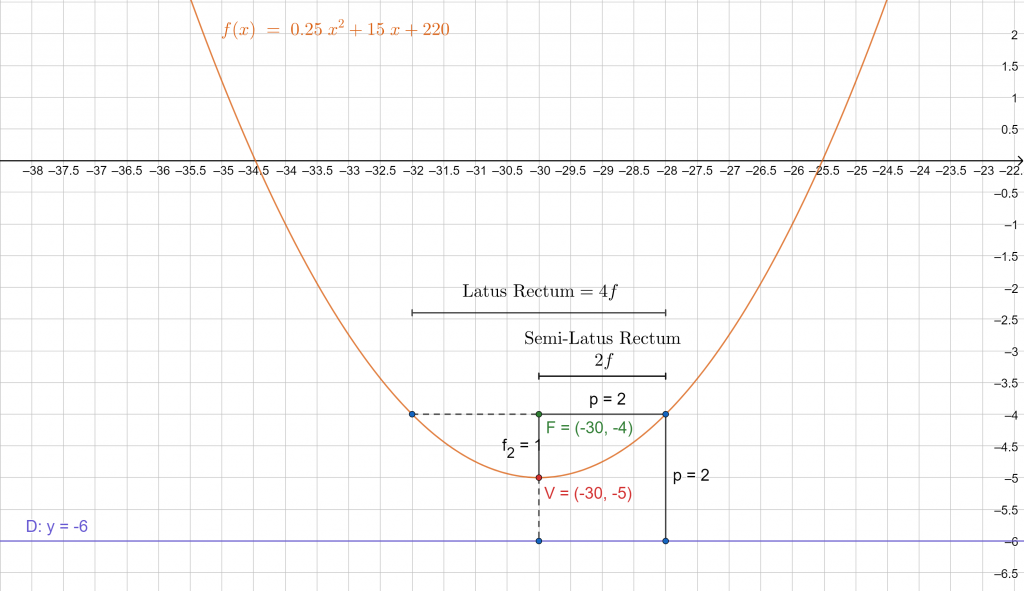 All graphs/images were created with GeoGebra.