Rotation in Geometry — Examples and Explanation

A rotation in geometry moves a given object around a given point at a given angle.

The given point can be anywhere in the plane, even on the given object. The angle of rotation will always be specified as clockwise or counterclockwise.

Before continuing, make sure to review geometric transformations and coordinate geometry.

What is a Rotation in Geometry?

A rotation in geometry is a transformation that has one fixed point. The geometric object or function then rotates around this given point by a given angle measure. This measure can be given in degrees or radians, and the direction — clockwise or counterclockwise — is specified.

How to Do Rotations in Geometry

As with other transformations, begin by finding the key points’ coordinates in the given function or object.

Then, draw a line segment from each of the key points to the point of rotation.

Next, for each of these line segments, create a new segment of equal length such that one endpoint of the new segment is the point of rotation. Then, orient the copied segment to form the given angle in the given direction with the original line segment.

A geometric rotation is a transformation that rotates an object or function about a given, fixed point in the plane at a given angle in a given direction.

Let point A have coordinates (3, 0). Rotate point A about the origin by 90 degrees counterclockwise.

First, plot the point on the coordinate plane. 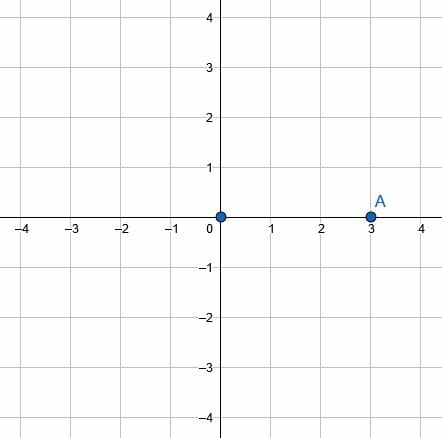 Then, create a line segment connecting A to the origin. 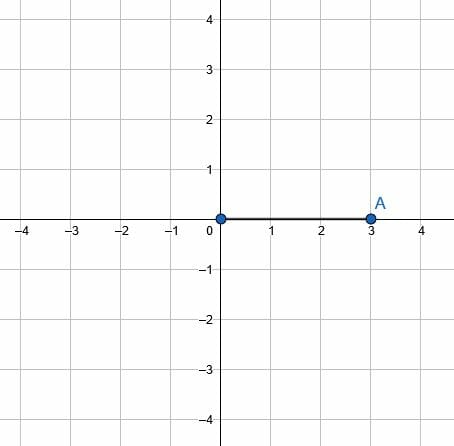 Note that the length of this segment is 3 units. Next, create a second line segment of the same length, 3 units, with one endpoint at the origin. Call the other end of this segment A’.

Finally, orient the line segment with endpoint A’ so that this segment and the original segment form a 90-degree angle counterclockwise. This puts A’ at the point (0, 3), which is the required rotation. 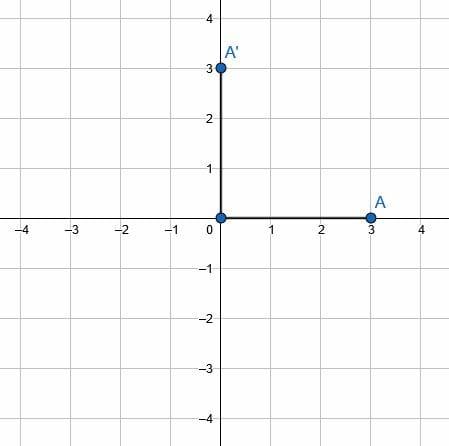 Rotate the given line segment about the origin by 60 degrees clockwise. 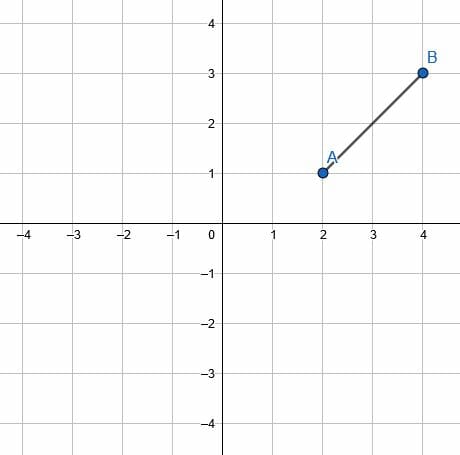 Note that the two key points, A and B, have coordinates (2, 1) and (4, 3). The first step is then to connect these points to the point of rotation, the origin. 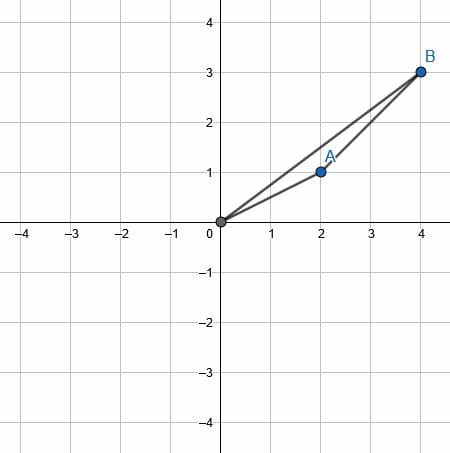 Then, connect the points A’ and B’ to finish the transformation. 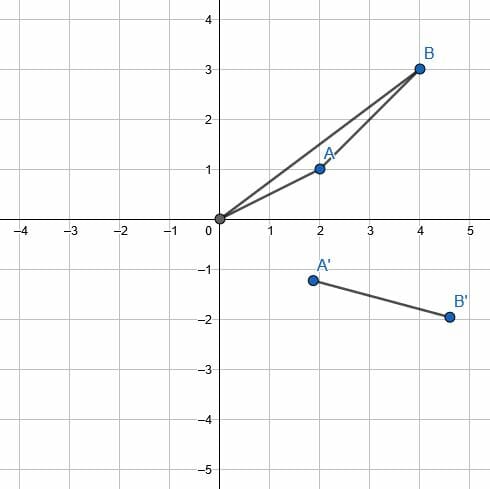 Rotate the given circle about its center by 45 degrees counterclockwise. 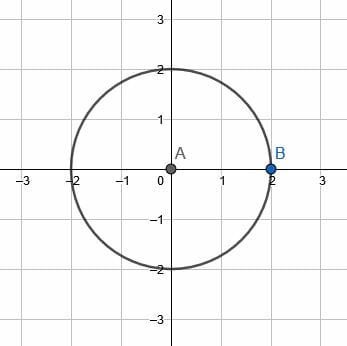 In this case, however, there is a given point on the circle, B. To find B’, that is, the location of B after completing the given rotation, we first construct the line AB. 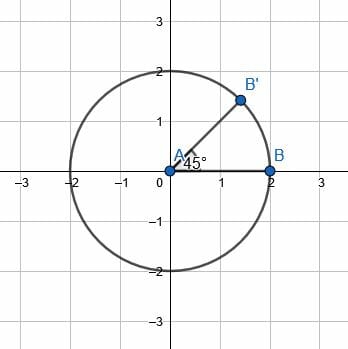 Rotate the triangle ABC 180 degrees around vertex A. 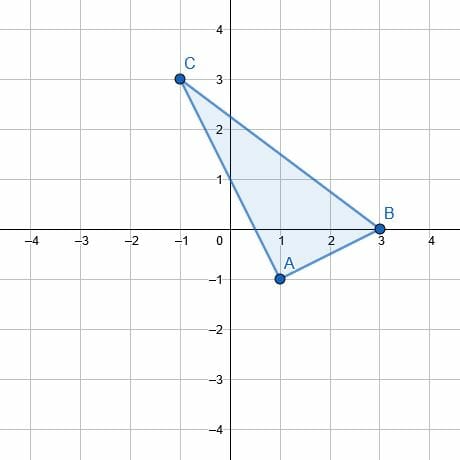 In this case, since A is the point of rotation, the mapped point A’ is equal to A.

Finally, connect the vertices A’, B’, and C’. The resulting figure is the transformed triangle. 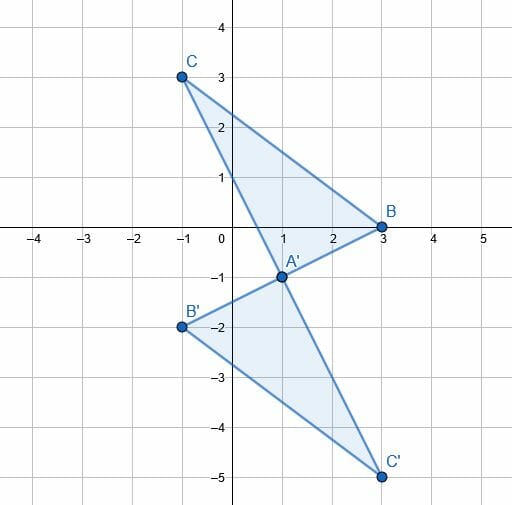 Find the fixed point of rotation. 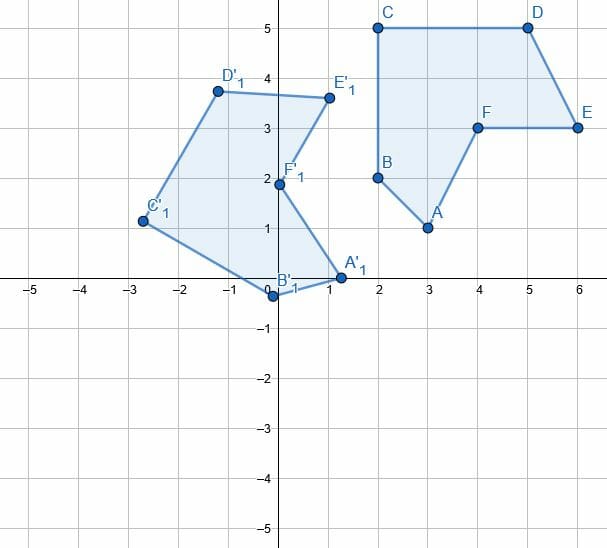 In this case, we are not given an angle of rotation, nor are we asked to find it. It may seem at first like there is not enough information to answer the question.

But, there are infinitely many points along this line. The point of rotation could be any of them. Therefore, we have to construct two such perpendicular bisectors, say for AA’ and EE’. The intersection of these bisectors is the point of rotation, G. 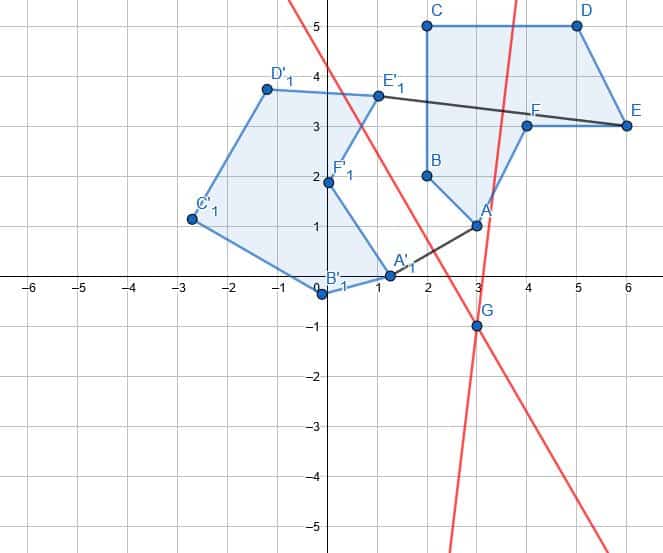