Zero angles are important in geometry and trigonometry.

Before moving forward with this section, make sure to review angles and types of angles.

What is Zero Angle?

Recall that an angle is two rays meeting at a common endpoint called the vertex. Angles are then named by a point on one ray, the vertex, and a point on the second ray.

Measuring an angle counterclockwise makes the angle positive. Measuring it clockwise, however, makes it negative when orientation and rotation are important (such as in trigonometry).

Consequently, then, it is also possible to have a zero angle. To picture this, imagine collapsing an angle on itself until the two rays meet.

That is, a zero angle consists of three points on a ray. An angle $ABC$ with vertex $B$ has an endpoint $B$ and the points $A$ and $C$ on the same side of the endpoint on the ray.

Recall that trigonometric functions have angles as their inputs and ratios as their outputs. They also have periodic graphs.

These zero angles are the y-intercepts of these trigonometric graphs.

Additionally, since most trigonometric graphs are $2\pi$ periodic, meaning they repeat every $2\pi$ radians, the trigonometric function’s value at $0$ is equal to its value at $n\pi$, where $n$ is an even number.

Then, draw a line connecting these two points using a straightedge.

Finally, draw a third point on the line.

Note that this is different from the angle $BCA$ or $ACB$, which are $180$ degree angles. The vertex in this case is in the middle, so the angle measures above or below the line instead of along the line.

A zero angle is an angle with a measure of zero units. Typically, these units are degrees or radians.

Functionally, a zero angle is an angle that lies on a line where the vertex lies on the line to the left or right of both other points on the angle.

Sometimes the zero angle is also called the null angle.

In trigonometric graphs, the zero angle is the y-intercept of the graph.

For example, consider the function $sinx$.

Recall that $sinx$ is a function that takes an angle in a right triangle and finds the ratio of the opposite side length over the hypotenuse side length. 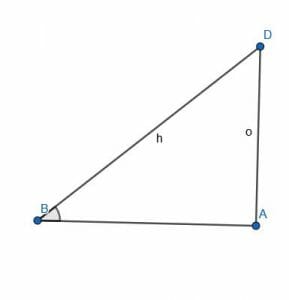 Consider, however, what happens as the angle $ABD$ goes to $0$. 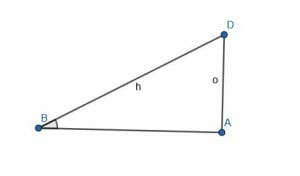 Although most people would not consider this a triangle, what happens at this point is still important in terms of limits. That is, it is important to consider what happens as the length of $o$ gets infinitely close to $0$.

Find the measure of the following angles: 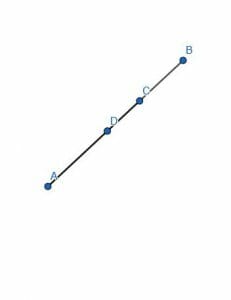 Clearly, all of these angles lie along a straight line. Why are some of them zero angles and some of them $180$ degree angles?

The basic difference is that the order of the points in the $180$ degree angles lie in a straight line from left to right or right to left. The zero angles change direction.

This contrasts with the angle $CDA$. The line segment $CD$ extends from the upper right to the lower left. Then, the line $DA$ does the same. This, therefore, is a $180$ degree angle, not a zero angle.

But, if $-sin(\theta) =  sin(\theta)$, then the sine of this angle must be equal to zero. This is because $sin(\theta)$ will be a number(a ratio), and the only number that is equal to its own negative is zero.

If the length of the opposite side is zero, however, the angle itself must be equal to $0$. Such a figure would be a straight line, not a true triangle.

Therefore, $\theta$ is equal to zero or (since sine is $2\pi$ periodic) some whole number multiple of $2\pi$. 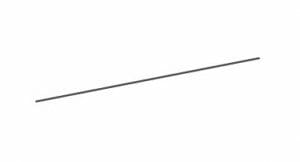 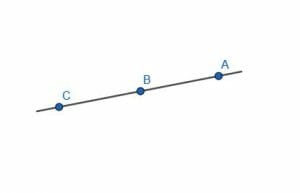 There are two angles now with a measure of zero degrees. These are angle $ACB$ or $BCA$ and angle $CAB$ or $BAC$. 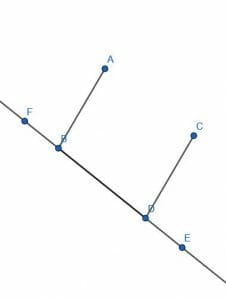 Line $AB$ is parallel to the line $CD$. The line $EF$ passes through both lines.

This problem requires a little bit of background knowledge about parallel lines.

Additionally, when a transversal cuts through the parallel lines, it creates corresponding angles that are equal. Therefore, the angles $ABF$ and $CDB$ are equal as are the angles $ABD$ and $CDE$.

Therefore, the angle measures of the angles in question, $ABD$ and $CDE$, will be the same.

Thus, the difference will be $0$ degrees or the zero angle.

A point $A$ lies on a circle with center $B$. Find the arc length of the segment that begins and ends at the point $A$.

The arc length of two points on a circle is the measure of the angle between two radii connecting the points to the center of the circle.

In this case, however, since the arc only has one point, the radii are just one radius connecting the point $A$ to the center $B$. Therefore, the arc length is the measure of the angle $ABA$, which is the zero angle. Thus, the arc length is $0$ degrees or $0$ radians.

Rate this page
Back to top
mobile desktop