What Is 8/9 as a Decimal + Solution With Free Steps

What Is 8/9 as a Decimal + Solution With Free Steps 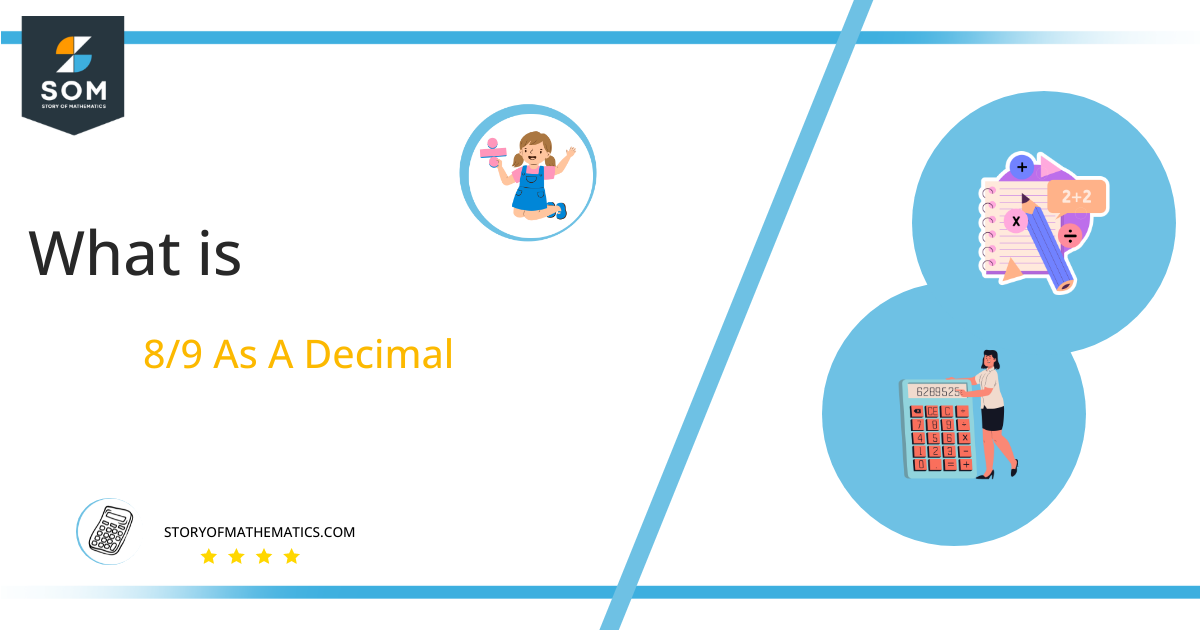 A mathematical statement that expresses how many equal parts combine to make up a certain object is known as a Fraction. It has a distinctive representation in which a line divides its two components. Numerator and Denominator are these components appearing above and below the line, respectively.

In a fraction of 8/9, 8 appears above the line, so it is a numerator while 9 appears below the line, thus it is the denominator.

There are various methods to solve a fraction. One of them is Long Division, which we will use here to solve 8/9.

Fraction is mostly solved by transforming it into Division, this requires separation of its components according to the functions, they perform. Thus, the numerator becomes the Dividend, a number that is to be divided and the denominator becomes a dividing number, the Divisor.

The fraction of 8/9 can be represented in terms of dividend and divisor as:

Once we have completed the process of division, we get our final result termed Quotient

Sometimes, a fraction cannot be solved completely. So, we get some left-over quantity or number. This is referred to as Remainder.

The complete solution of fraction 8/9 by Long Division is given below. 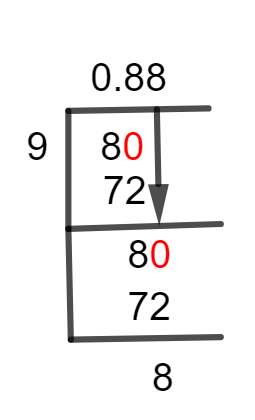 In proper fractions, the simplified decimal value is always less than 1. So, we need a Decimal Point in the quotient. We get it by multiplying the dividend by 10.

We subtract 72 from 80 to get the remainder:

Thus, 8 is determined to be the remaining value again, which is greater than zero. This means that the fraction is not completely solved and we need to solve it further. So, we again multiply 8 by 10 to divide it by 9. But we don’t need to insert another decimal point in the quotient.

The remaining value is again 8.

We get the same quotient and remainder again. So we can conclude that the given fraction is a Recurring Fraction and a Non-terminating Fraction. Its equivalent Decimal Value is 0.88 with a Remainder of 8. 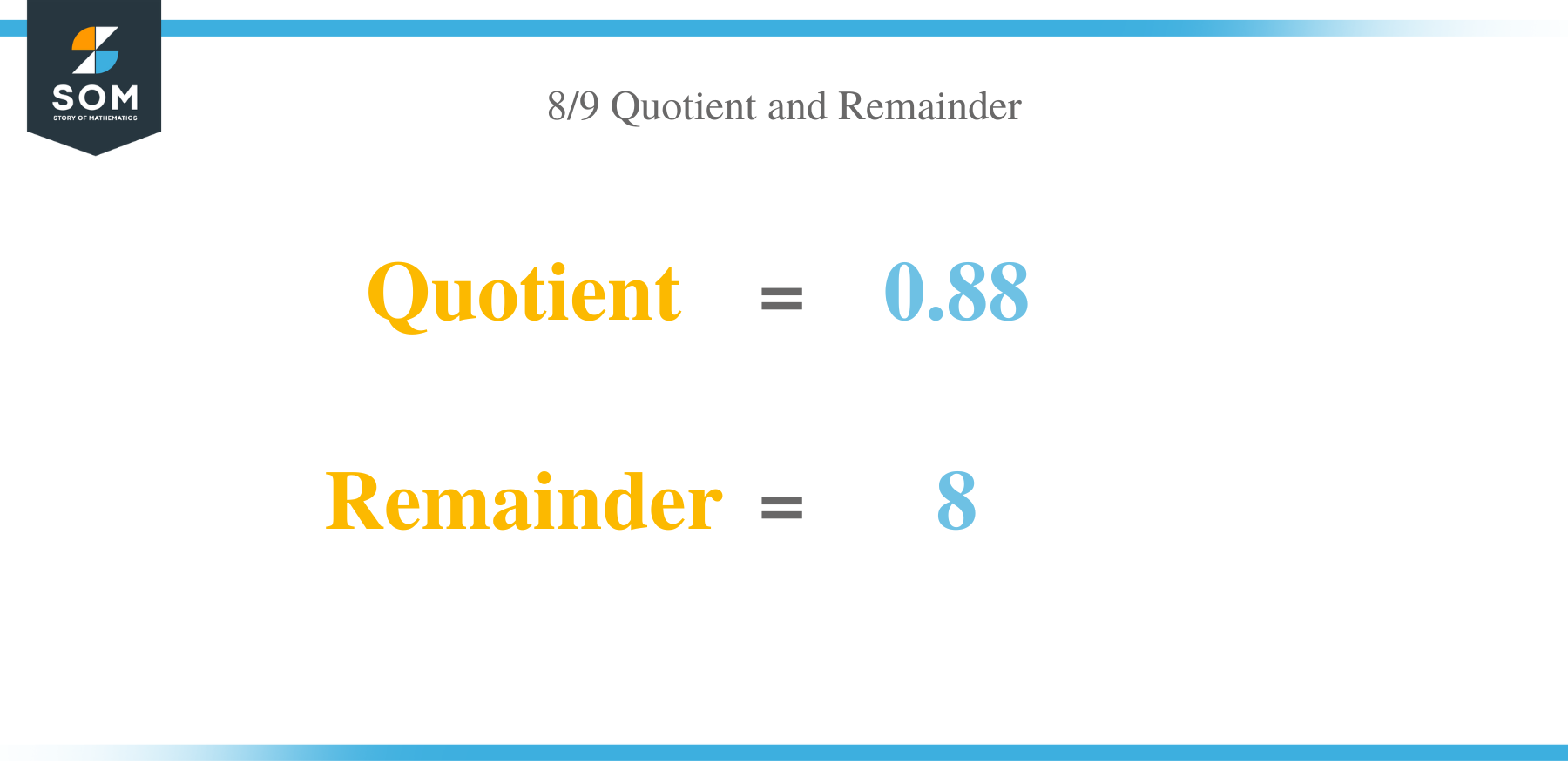